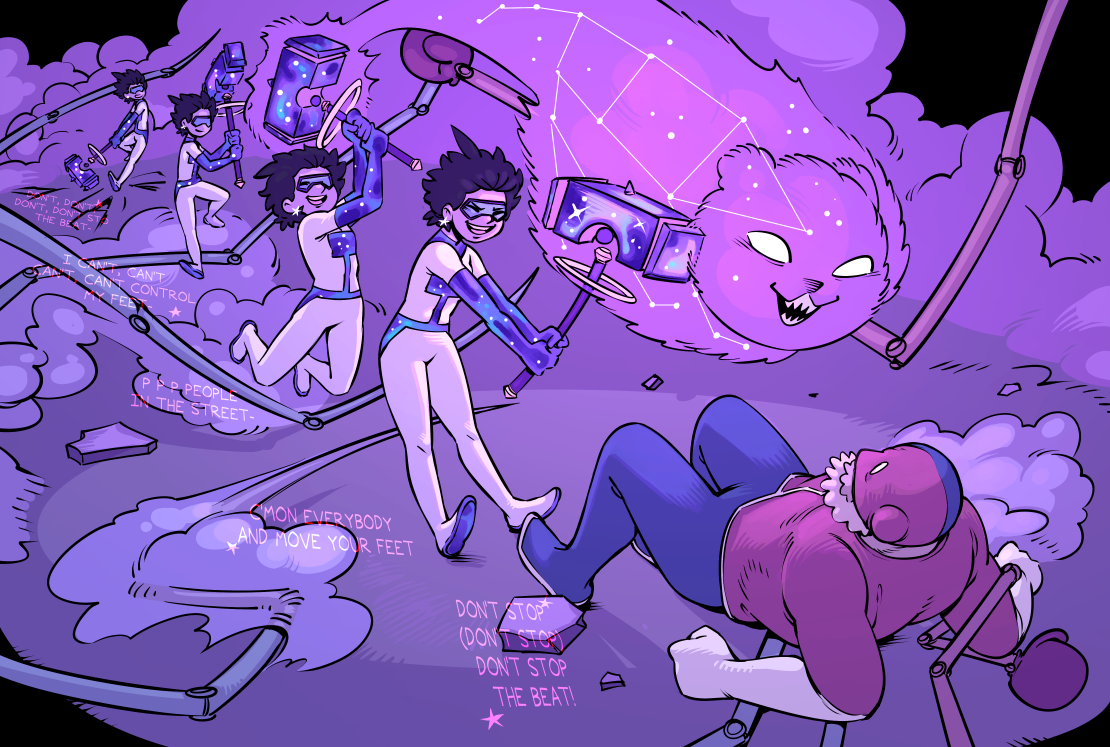 These past couple of pages have been a lot of fun. I had planned to use U Can't Touch This originally but decided against it. Thought it was too obvious and didn't really add anything to the scene. But I wanted something fun that had a real groove to it and it came down to this song.

Harry said he doesn't really consider or think about music much and I think he's underselling his abilities. There's a sense of verve on display that shows he's better at this than he thinks. He made a fantastic entrance for Evey.

Now enjoy Evey as they finally thrive in their element.