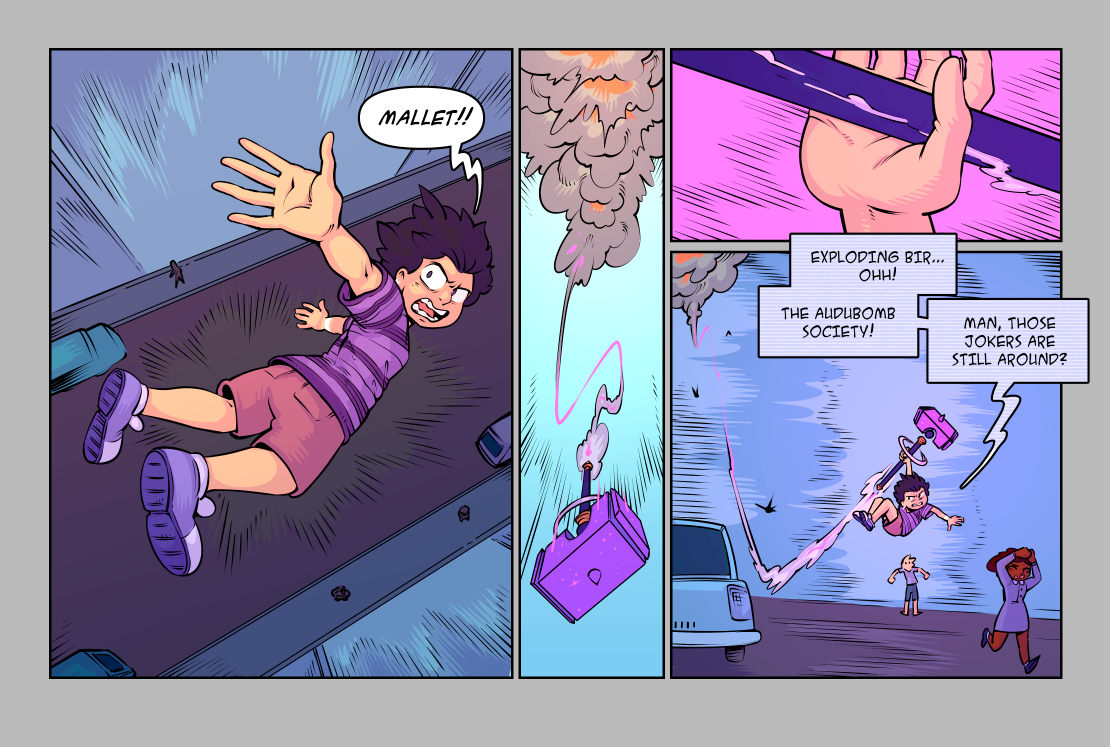 Extremists. Misanthropes. Weirdos. Members of the Audubomb Society have been called many things, but the description that fits them best is eco-terrorists. This conservation-minded organization seeks to protect nature from perceived threats both on and off-world. Believing the Falls of 1985 to be an apocalyptic event from which Earth has never recovered, the Society fights a never-ending war against forces they believe will purge the world of all that's left of a pre-contaminated world.

Their calling card is the use of robotic bird bombs in coordinated attacks. While Danae doesn't think much of them, they're no joke. They've injured hundreds and killed dozens. And they're impossible to keep down for good because they don't have a centralized power structure. There's always someone willing to take up the cause.

They fund their operations through heists. While not the most effective method of acquiring money, it often receives the sort of attention that can't be bought. In fact, a foiled heist is why they're after Evey now. Evey inadvertently triggered a bird bomb of strategic importance while stopping a completely separate crime. Getting Evey's head would be quite the trophy as well as a strong message to anyone who dared to interfere with the Society's affairs.

Let's hope Evey can get out of this one without any collateral damage.