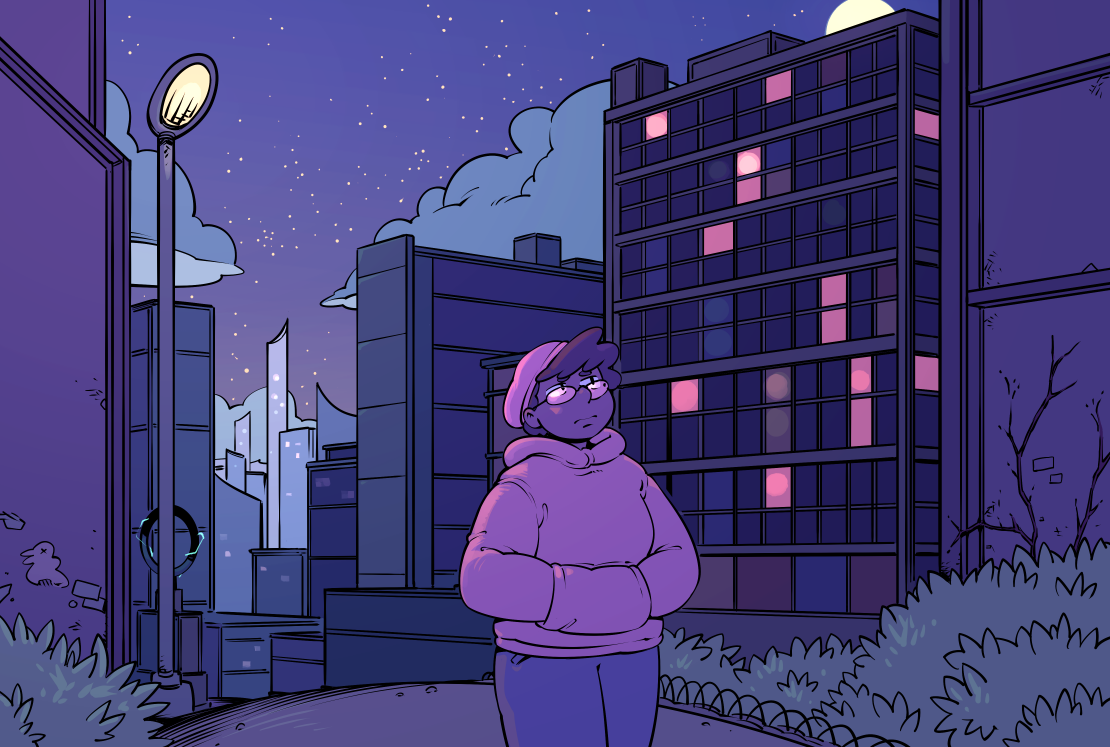 Izzy's apartment complex, Laskey Square East, is one part of an aborted attempt to address the failures of urban renewal. Instead of a patchwork approach, the New Town-In-Town program hoped that the federal government aligned with local developers could create large scale projects to serve the community, including but not limited to affordable housing, local employment, and improved transit.

Unfortunately dwindling funds and Nixon's moratorium on federal housing and community development assistance ended the program before it could really get off the ground. But not before creating the Laskey Estates, a purported self-sufficient planned community in the heart of a crumbling Rust Belt town. A town of tomorrow.

Despite the utopian ideals Laskey Estates was built upon, it found itself falling on hard times. The city largely moved on without it, leaving the community behind to take care of itself. Many of the businesses that started there soon moved elsewhere for various reasons. There was an exodus of residents who had decided they wanted some of the more traditional elements of living. A planned expansion of Erie City University fell through cutting off a potential supply of new residents. With falling property values, Laskey Estates not only became a haven for crime but also unrestricted crime-fighting in the 80s and 90s.

Now considered to be part of the very same problem it hoped to eliminate this former town of tomorrow is generally regarded with a degree of scorn. In the past 15 years, things have slowly bounced back for the Estates. But though it's no longer a magnet for crime/crimefighting, the area has retained a poor image.

Even with its reputation, a number of people call it home. As one of the most affordable areas in the city, Laskey Estates houses over 12,000 people making it the most densely populated neighborhood in Lake Erie City.