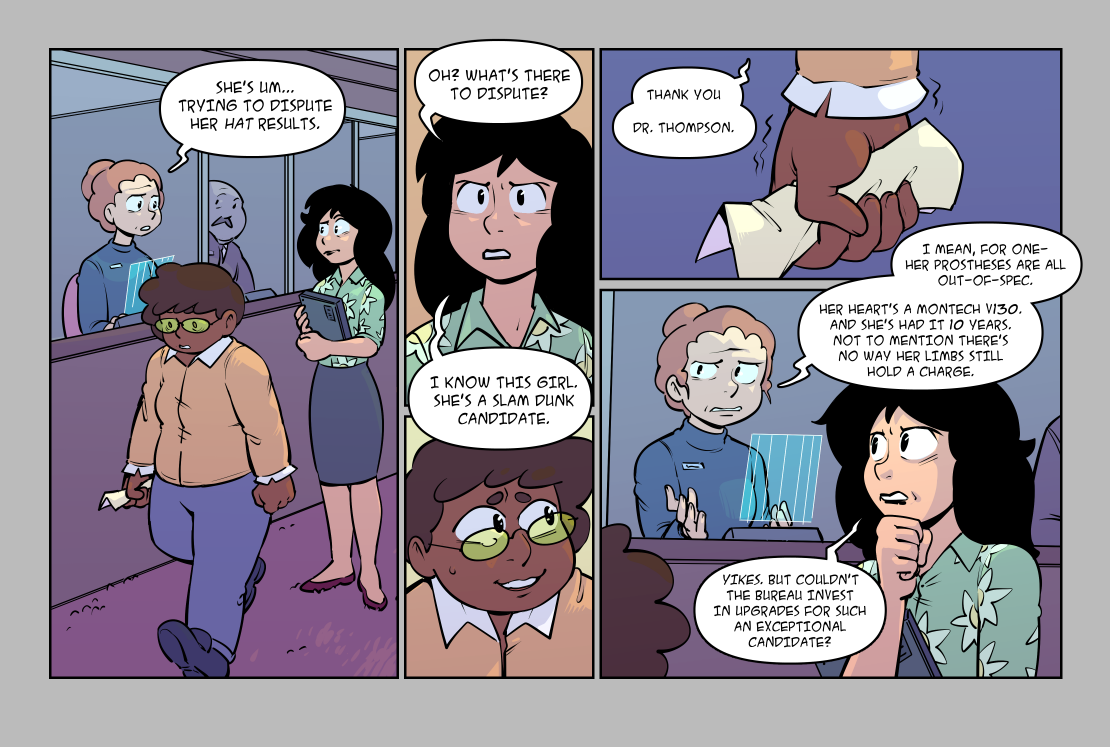 JACK AMBROSE: Welcome back, everybody. Our next guest is a very special little girl from Erie City, Ohio. You've seen her in viral videos and on the cover of Time. Ladies and gentlemen, Izzy Baldwin!

IZZY: It's my first time here and it's pretty nice.

MARK PEARSON: Usually code for "I don't want you to feel bad but this is garbage."

JACK AMBROSE: What have you done in the city so far?

JACK AMBROSE: Oh I love the Illinois. Did you go to one of the restaurants on the observation deck?

SOMEONE IN THE AUDIENCE: WHOO!

JACK AMBROSE: Guess we have some fans!

JACK AMBROSE: You ever been up there, Mark?

MARK PEARSON: I never go more than 3 feet off the ground, man.

JACK AMBROSE: So I wanna talk about how you saved Lazarus Lee. They say it was your birthday?

JACK AMBROSE: Only 8 years old and going up against a big villain like Bite Mark. Were you scared at all?

IZZY: I didn't really think about it. I just knew I had to do something or she'd die.

JACK AMBROSE: But you almost died yourself!

IZZY: But I didn't! It was just the right thing to do. I don't think I could've done anything else.

JACK AMBROSE: Would you say you're a hero in your own way?

IZZY: I just wanna do what I can when I can. And I think I can do more!

JACK AMBROSE: What would your superhero name be?

MARK PEARSON: Told ya I'd be a lousy hero.

JACK AMBROSE: You had to have major surgeries afterwards. Were you surprised by the outpouring of donations?

IZZY: Yeah they really helped. We couldn't pay for everything ourselves.

JACK AMBROSE: Now I hear you really love superheroes. So when we come back we're gonna play a little game called "Guess That Superhero". We'll have more with Izzy Baldwin and also Tommy Sinclair after this!