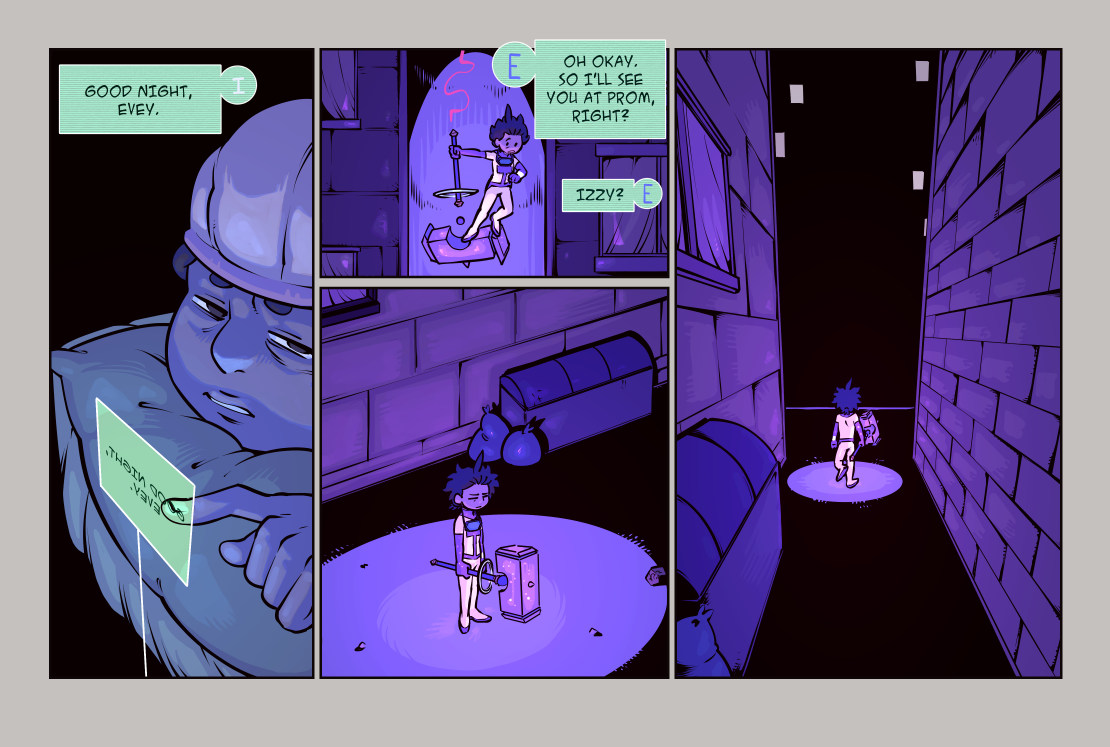 Evey's come to really trust the Mallet as a means of conveyance. Like on a level that I'm incapable of granting to anything in the real world. I wish I could trust anything as much as they trust that thing to not let them fall.

I feel like if I had the Mallet I would just walk everywhere. Or at least not get more than 3 feet off the ground.

Also Evey's in a part of the city called Vistula Village. It's one of the oldest areas in the city. It was once one of the two villages that formed what is now Lake Erie City. It used to be working class. It's kinda gentrified now. It was an Impact Site. One of the places that got hammered by the The Falls of 85, the meteor shower responsible for giving people superpowers. So there was once a time when the neighborhood had way more advies than average. But that's long since changed.

Nice place to hang out though. Really cool architecture.