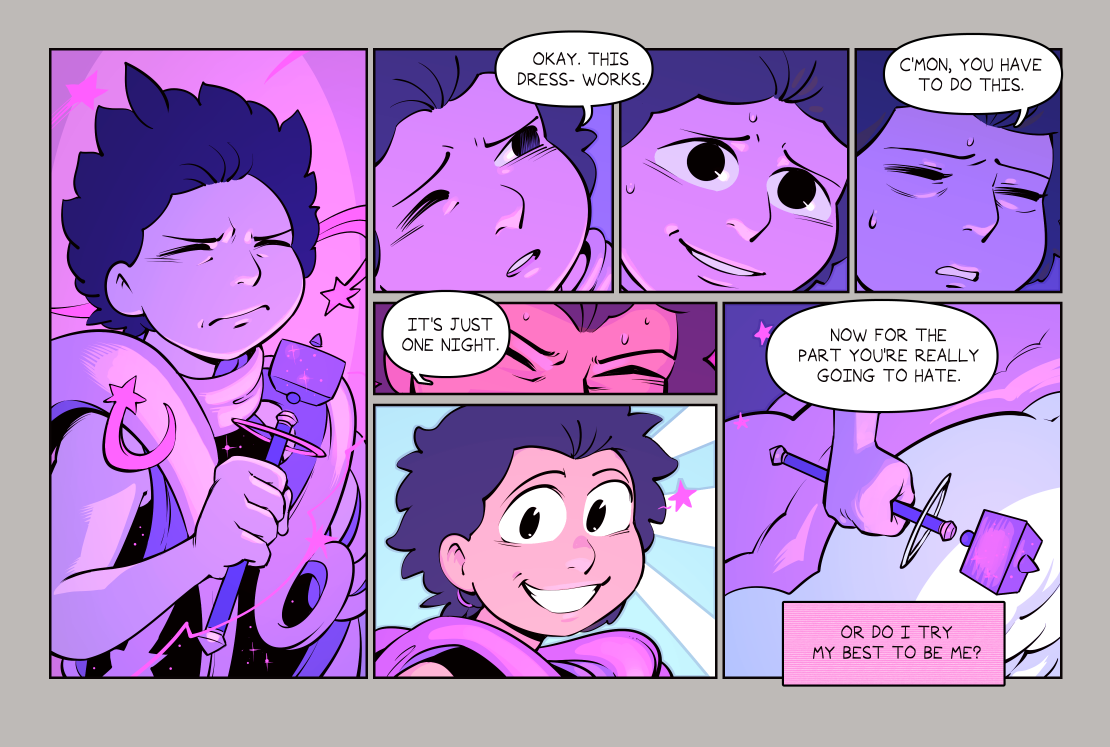 I'm also working on putting up a new cast page soon. Hopefully will have something up next month.

Evey's dress isn't something they came up with themself or something the Mallet cooked up on it own. Evey looked up haute couture online before today and that's been driving the design.