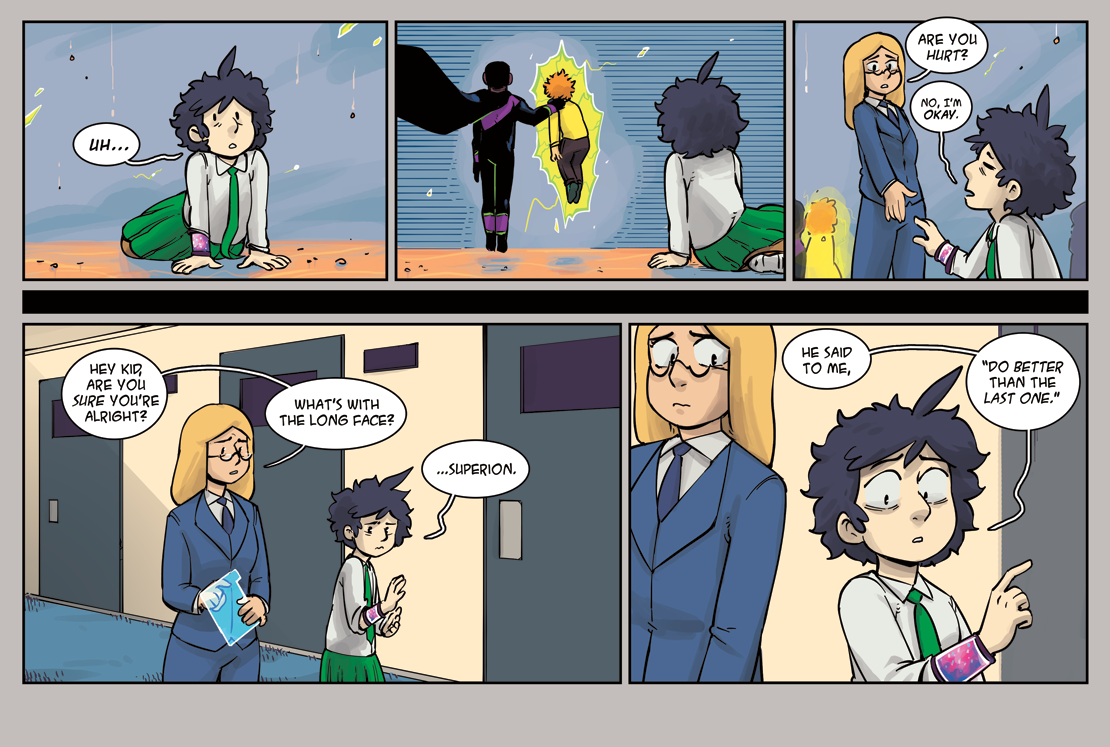 Harold Fort is a telekinetic who worked for a defense contractor as an engineer. He helped develop a harness that's able to vibrate somebody at frequencies that could render them invisible and/or intangible for brief moments in time. The only drawback being that it wasn't safe for human use. Let's just say that shaking someone like that could get a bit messy.

Harold began falsifying reports and test results to make the harness seem like a dead end for the company. He was caught and summarily fired soon after. He then started committing robberies using his powers to fund the construction of a harness of his own. Once completed, he decided to up his criminal game and throw in with the costumed crowd.

Having been obsessed with the supernatural as a child, Harold chose ghosts as his gimmick. Calling himself Polterguy, he would soon become a staple of the supervillain scene before finally landing in prison in 2006.

Once released in early 2017, he went back to experimenting with the harness in hopes of improving it. He discovered a way to use the harness to "project" himself across short distances. He hoped to go legit by selling the harness. But by the rules of his parole, he wasn't even supposed to be near such technology unless he got a permit from the Bureau of the Superheroic Activity in conjunction with the go-ahead from his P.O.