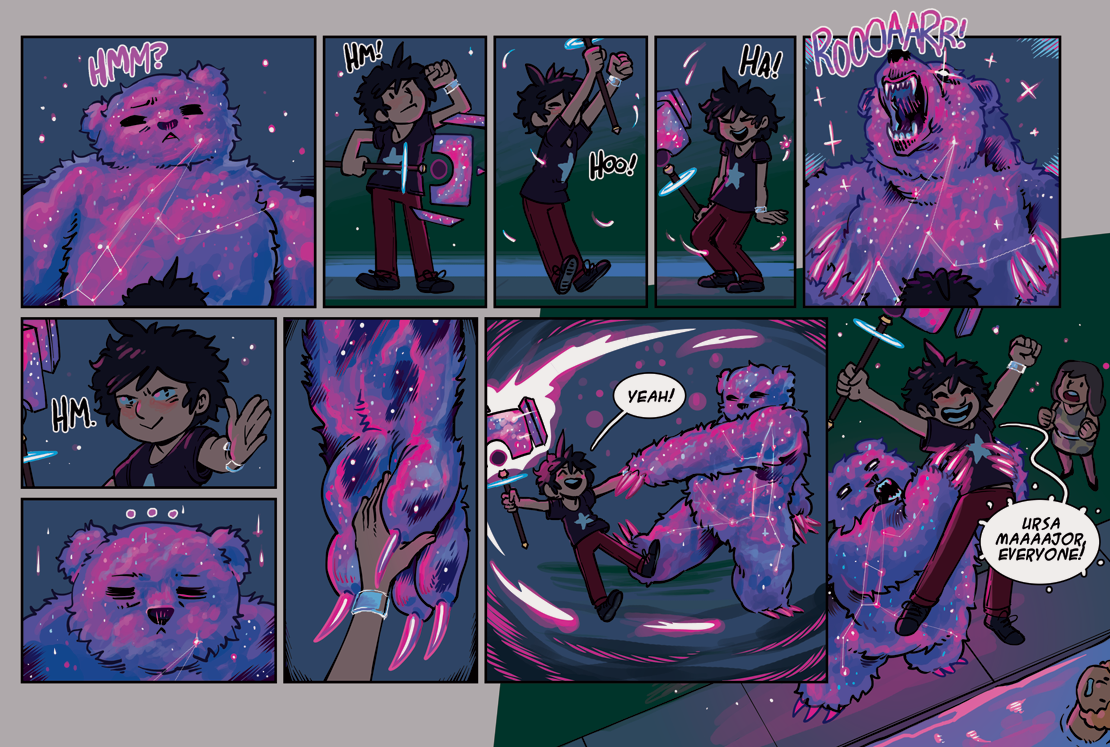 Wednesday marks the 1st anniversary of StarHammer! That's right, as of October 12th StarHammer will have been running for an entire year! And the 17th brings us to our hundredth page!

In honor of both we've decided to run a StarHammer fanart contest!

Submissions are open from now until October 31st.

1st prize gets a custom piece from our art team AND their likeness or an OC of their choice drawn into the comic!

2nd prize gets an original watercolor from our colorist, Tessa Kleiner AND their likeness or an OC of their choice drawn into the comic!

3rd prize gets their likeness or an OC of their choice drawn into the comic!

And each entrant will get an exclusive PDF with all sorts of behind the scenes tidbits, such as concept art, the original StarHammer stories, never-before-seen artwork and MORE!

We will be judging on a 40 point criteria:

You can submit all entries to star.team.go@gmail.com

Winners will be announced on Monday, November 7th!