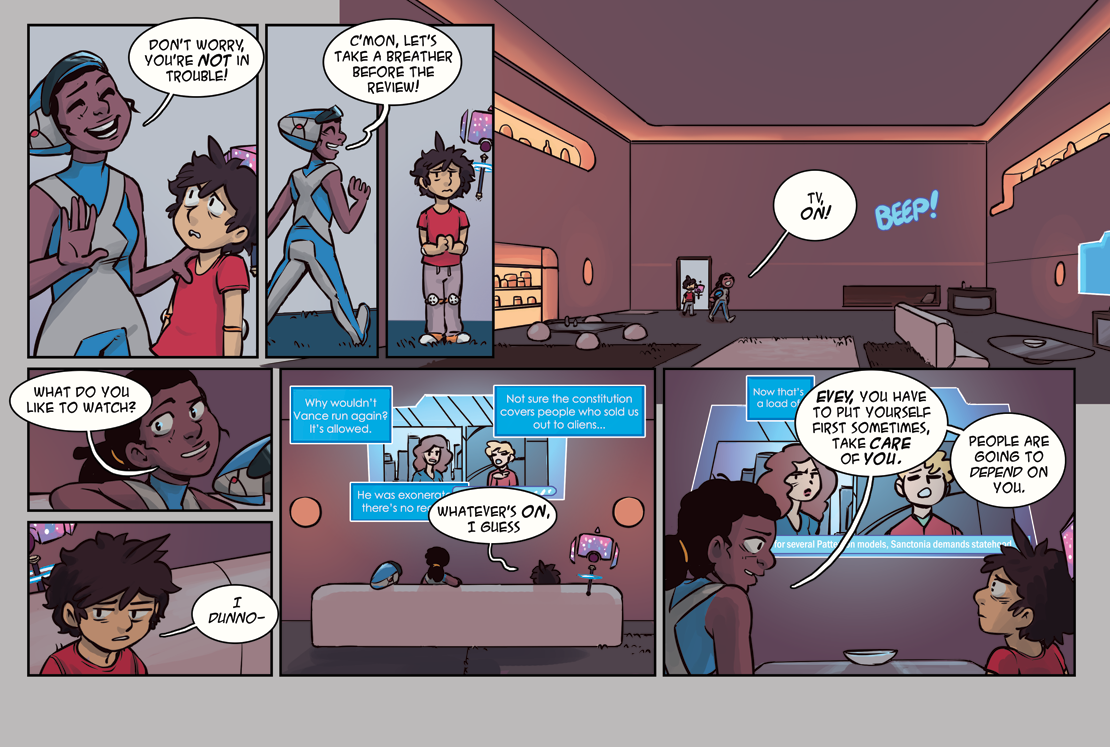 Evey in training and outfitted in sweats is one of those concepts that predates most of the entire story. I'm glad we were able to naturally fit it in. Would've been sad to have to kill that image.

I'm also just realizing that Jamie is the oldest existing character associated with the StarHammer universe. She crossed the boundary of the RP stories and the development period for the comic relatively intact. I can only think of one or two other characters who did the same and I'm not even sure they truly count.

More about that later though.