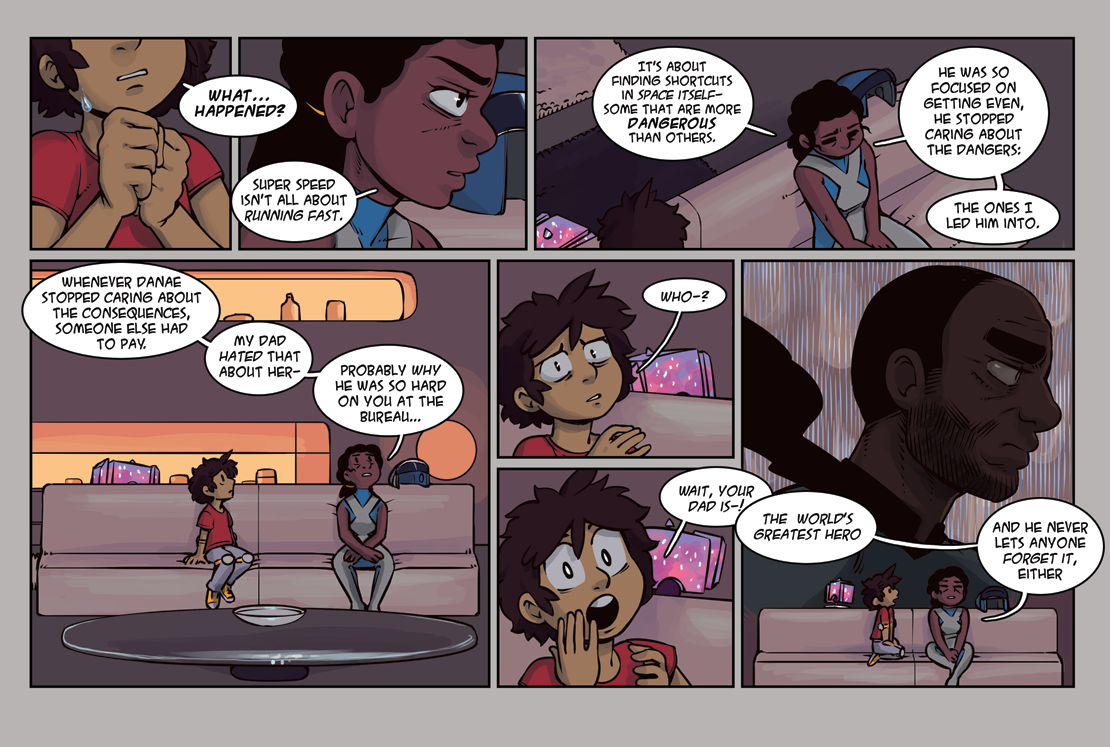 Now seems like a good time to lay down how a few things work in the StarHammer universe.

Super speed isn't actually about the speedster running as fast as they can. Although I'd be lying if I told you it didn't help. Speedsters are able to move faster than the average person because they're able to pass through spatial shortcuts. They all do it a little differently.

Mean Streak was able to detect where shortcuts were and step through them as if he found a system of hidden hallways between locations.

There's other speedsters like Fast Loris, a Swedish teenager whose Strepsirrhini-like limbs are able to force open shortcuts in space.

I'm sure we'll be able to fit in a visual about all of this somewhere in the actual comic.

Anyway, this is the second to last page of Chapter 4. We have one more page and then a holiday illustration and afterwards we go on break.

During that break we'd like to post work by our readers. So if you're interested in submitting a guest comic or illustration we'd be happy to have you on board. Just contact us at star.team.go@gmail.com.