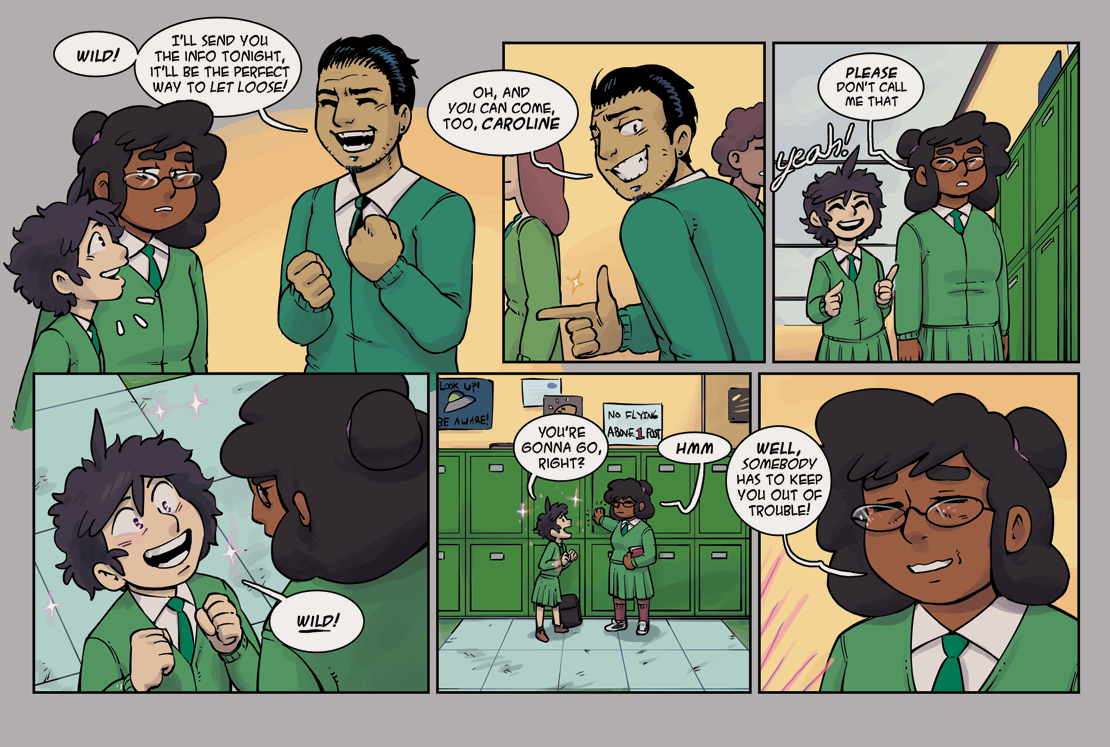 Izzy's full name is Caroline Isabelle Baldwin. Hardly anyone calls her Caroline. Even her family doesn't call her Caroline.

There's actually a somewhat silly story behind that.

When Izzy was a little girl she struggled with her handwriting. Writing out "Caroline" often resulted in messy scribbles instead of a legible name. She complained about this to her mother who suggested that she might have an easier time writing her middle name. She didn't have much luck with that either. Her mother then suggested that she could try writing a nickname. After failing to come up with a satisfying nickname for Caroline, they decided on Izzy. Izzy then insisted that everyone call her that all the time so she wouldn't get confused, or worse, forget.

Izzy has been able to write "Caroline" with ease for years, but her nickname simply stuck. She's been Izzy for years and probably will continue to be so until the day she dies.

Anyway, get ready for Friday. There are some WILD times ahead.