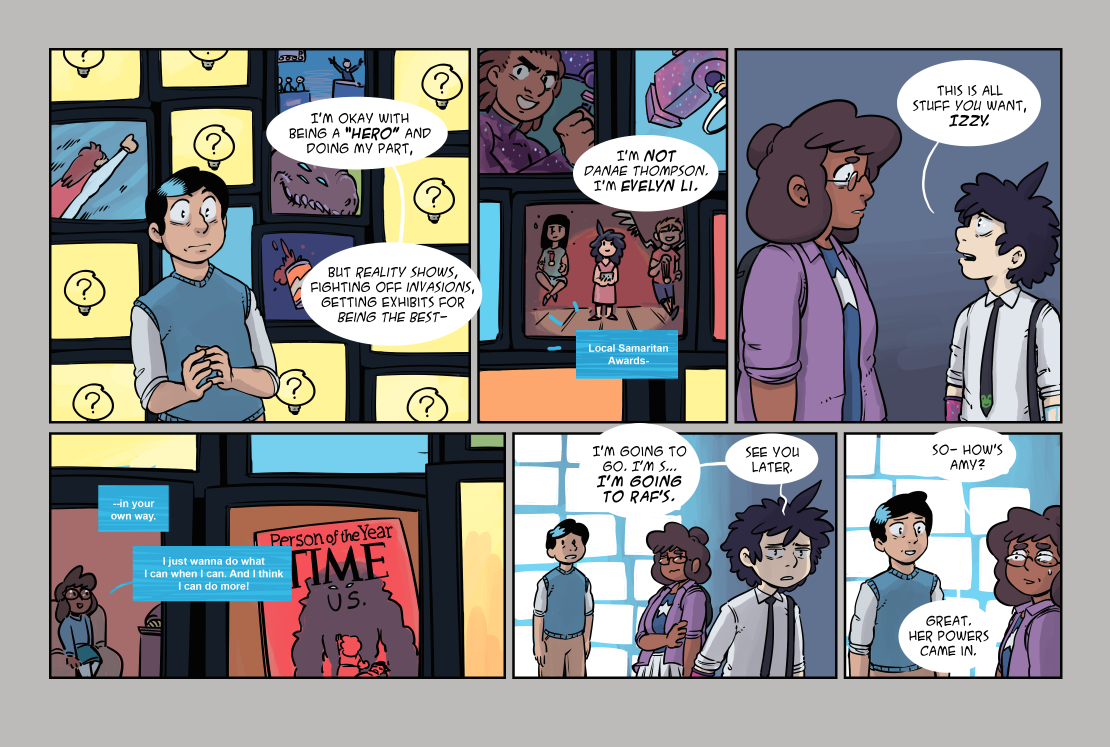 The Salaarnien Incursion occurred in 2008. As you can expect, it was a pretty big deal being that it was an alien invasion and all. People who were highly involved with many key events during the Incursion were suggested for Person of the Year by a large amount of folks. The vast majority of them are rumored to have never truly been in consideration for the honor due to the controversial nature of their actions. So, rumored collaborator Dr. Geraldine Baxter or the Comeback Kid himself, former President Isaiah Vance, are said to have never had a real shot.

Time decided to print 8 variant covers showing valiant acts by advies and normies alike. A picture of Izzy from November of 2008 that had gone viral was chosen for one of the variant covers.

Time felt that the real Person of the Year was the entire human race. Or US.

Many readers considered this to be a bad move and a terrible cop-out.