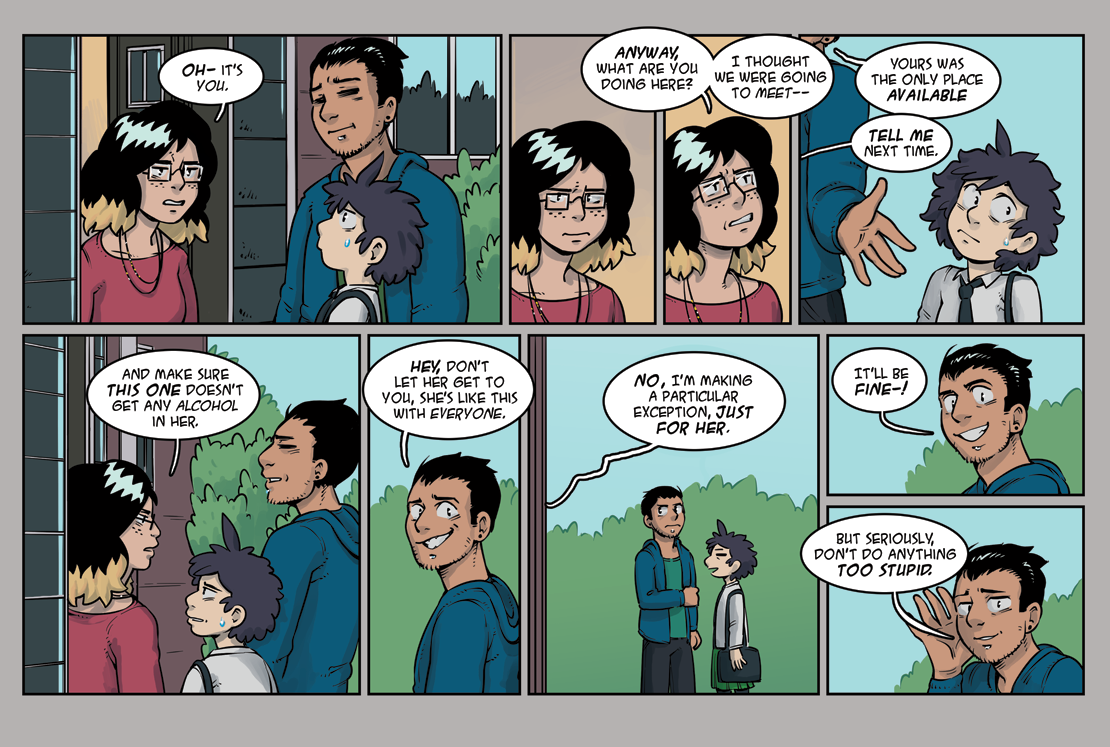 Hey folks! We got some in-depth constructive critiques on art and stuff in the last comments section and we want to say we welcome that sort of thing. We only ask that you email them to us instead. A lot of nuance and explanation is easily lost when trying to shove it into the comments. It's also just easier for us to manage and keep track of.

Remember you can reach us at star.team.go@gmail.com!

Also, in case you were wondering, yes, comic Tessa is based on our colorist Tessa. She's actually the only holdover from the original version of StarHammer all the way back in 2011. At the time it was more of an RP that spun out of a tumblr askbox meme.

I actually approached the idea of changing the design. But strangely enough, describing what I wanted the character to look like resulted in someone who still looked a lot like the real Tessa. Which is impressive since the artist had never even seen a picture of her before. And his Izzy and Evey were different than the Izzy and Evey that had already been around. So Tessa stayed. Earned it through persistence, I guess!