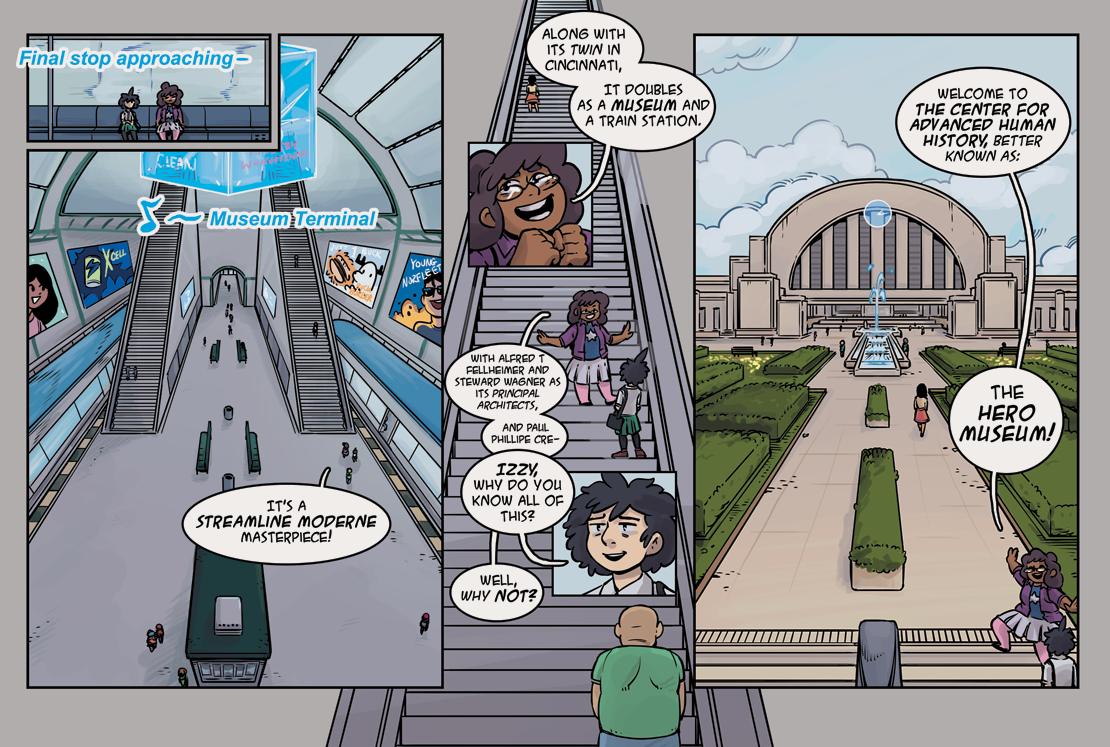 See, back in the 70s Hanna-Barbera was owned by Taft Broadcasting (yes, THOSE Tafts), which was located in Cincinnati. Al Gmuer was the background supervisor for the company and he decided to use Union Terminal as the model for a building in a cartoon that premiered in 1973.

That cartoon was Super Friends and the building was the Hall of Justice.

The Hall of Justice has gone on to appear in many incarnations of the DC Comics universe. Meanwhile Union Terminal has been the inspiration for multiple structures in all sorts of DC media. It's even been directly inserted into shows like the Flash and Arrow via stock footage.

Ohio's impact on both comics and superheroes usually goes unheralded. But I thought it made sense to tie some elements together along with my immense local pride when building the world of StarHammer. Which is why the Hero Museum is Union Terminal.

Anyway, hope you enjoy your trip to the musuem.