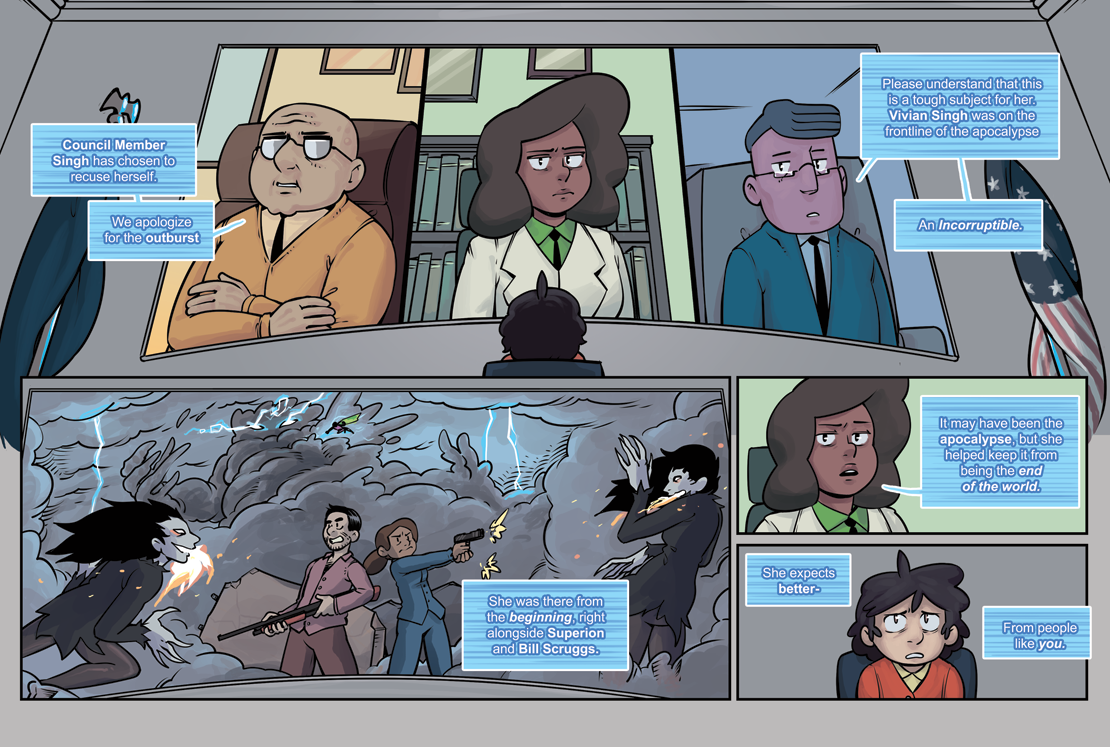 Rough times
Posted March 31, 2018 at 01:10 pm
The late 80s and a lot of the 90s were a really rough time in world of StarHammer. Though if I'm being fair times sorta never stopped being rough. But when you suddenly introduce a world to superpowers things will get a bit bumpy. There will need to be a bit of an adjustment period. For all intents and purposes October 1985 ended with an apocalypse. A revelation. Luckily, over a half of century of this kinda thing being a major staple of pop culture helped ease the transition a bit more than one would've expected.

Vivian Singh was part of the initial interagency task force that sought to bring US law enforcement and superheroes closer together. Vivian was a natural fit due to her apparent immunity to telepathy and mind-control. She proved to be an indispensable asset and helped start a program that hoped to find and train others who shared that immunity.