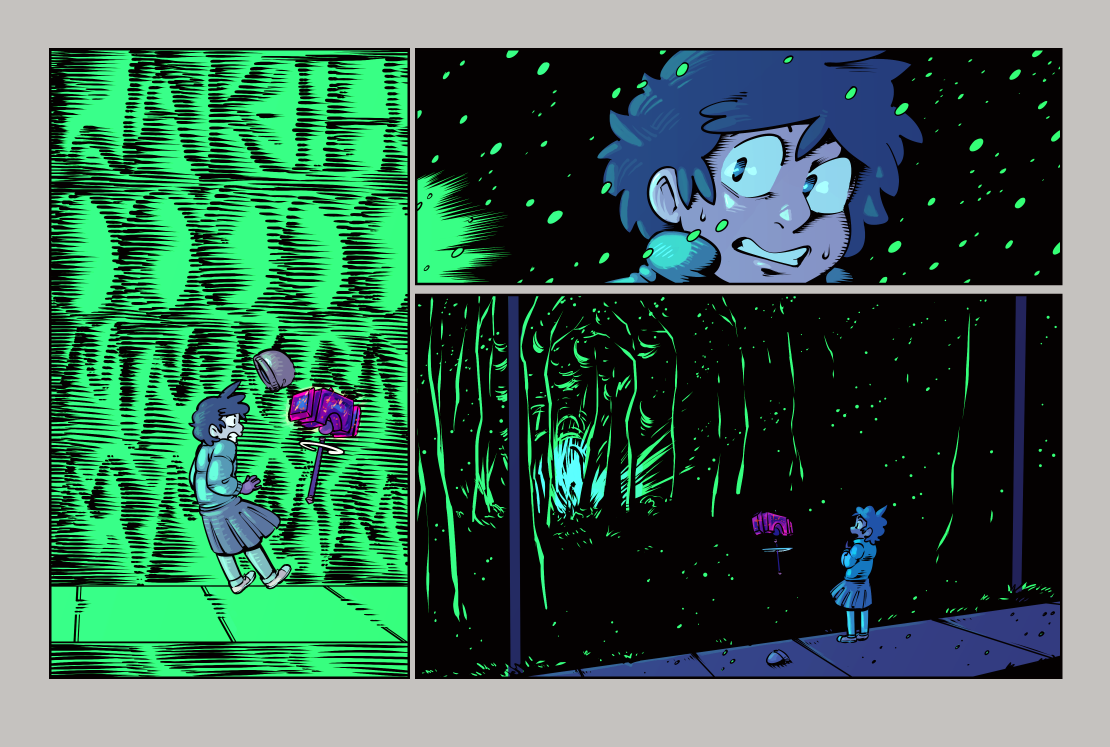 I should briefly explain that in this part of the Midwest we'd get weather phenomena like snow squalls and thundersnow. Snow squalls were basically sudden bursts of precipitation. Not quite blizzards but enough snow to cause very low visibility and can be dangerous for anyone caught outside in them. Thundersnow is a thunderstorm where it snows instead of raining. Both often happen at the same time.

Lucky for Evey she seems to have caught the edge of the squall instead of the worst of it.