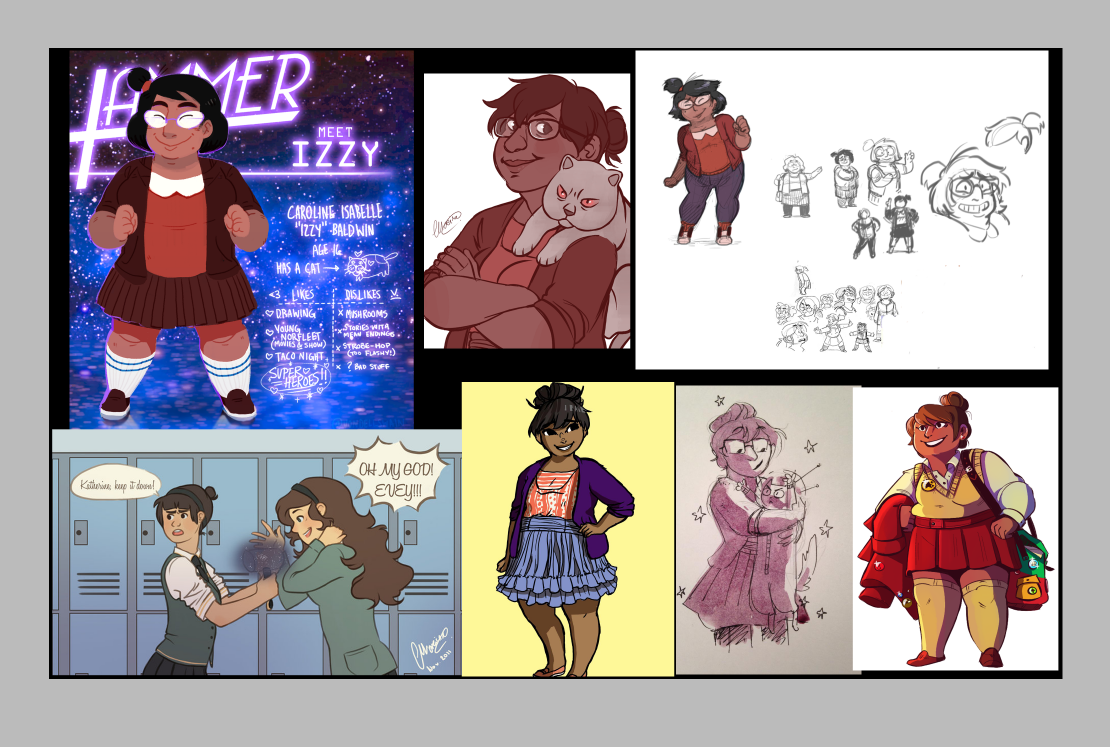 We're taking Memorial Day off but still wanted to provide an udpate. Here's a look at Izzy as she developed over the years.

In 2011, I began writing StarHammer and had a mostly different story in mind.

Izzy started out as a different character named Katherine. Much like Izzy, Katherine was a walking superhero encyclopedia. Unlike Izzy, she had teleportation powers that she kept secret from Evey. She'd help Evey out in ways they wouldn't notice, or at least not think it had anything to do with her.

You can see Katherine in the bottom left in a picture drawn by Catia Moreira.

Katherine's evolution into Izzy was a gradual one. It started with giving her Isabelle as a middle name, which was followed by taking away her powers and changing her general appearance. It escalated into giving her a completely different backstory.

By 2014 I had a pretty good idea of who I wanted Izzy to be. I paid an artist named Aliza Layne to design her. That resulted in the bottom right image.

Each Izzy since then has been an iteration of Aliza's original design. The two images in the middle bottom are by Knucklebone and Natalie Riess.

In 2015 StarHammer was finally on its way to production but first we had to finalize some character designs. The top right image shows exploration by Vondell Swain. The top left image is also by Vondell Swain and depicts the final Izzy concept.

The top middle image brings everything around full circle with Izzy as drawn by Catia Moreira.

Izzy's a fun character that I really love a lot and I'm glad I was able to get so much help to bring her to life.