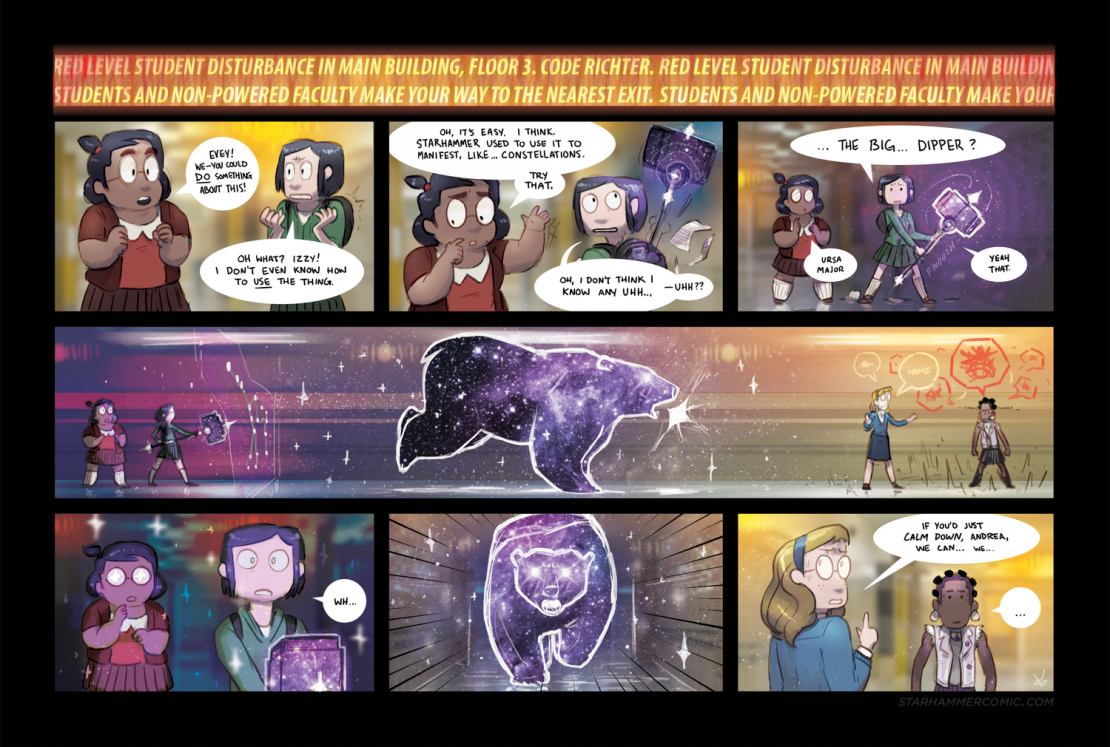 But before we move on to the future let's take some time to look to the past.

Back in 2015, StarHammer had a completely different art team. Due to mitigating circumstances, Clay Lindvall, one of the principal members of the team, had to move on. A mutual friend of ours, Vondell Swain, joined soon after and put together a test page for how the comic would look.

You may recognize this as a condensed alternate version of pages 22 - 26 of Chapter 1.

Vondell eventually had to leave the team as well. But he's earned a lot of gratitude for the work he did to help get the comic on its feet.