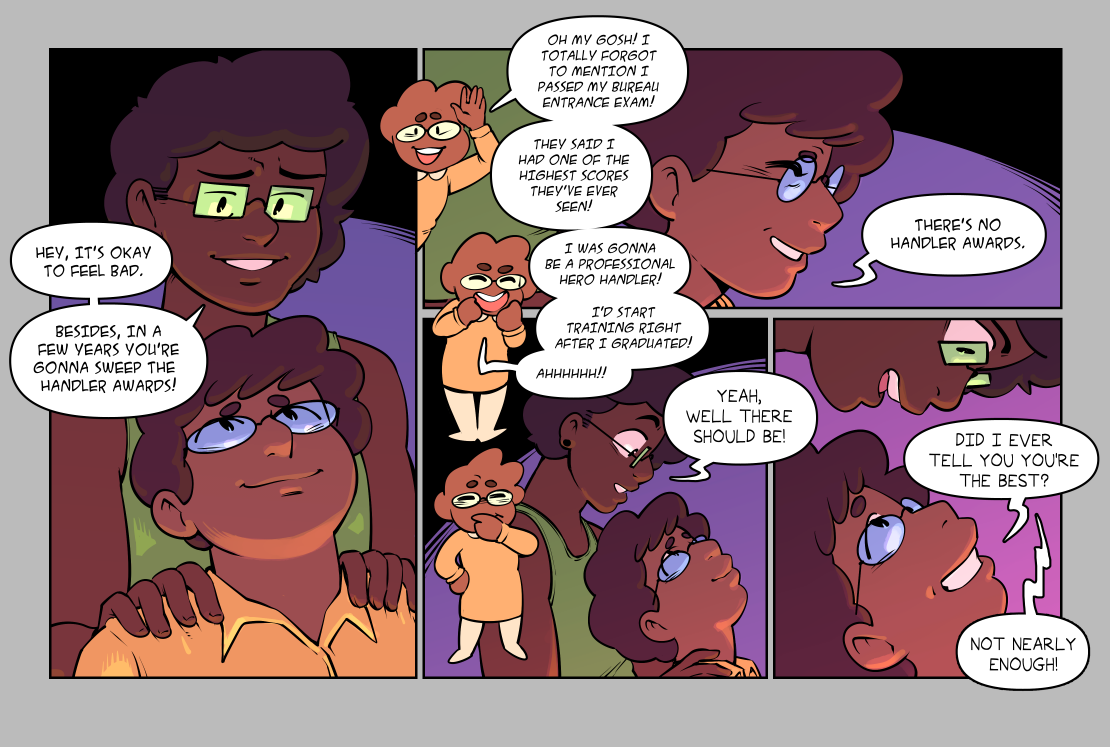 Izzy's getting a bit ahead of herself. Or really way ahead of herself. She's only made it past the first couple of steps down a very long road. While Handlers can be recruited right out of high school they are placed onto a 4 year track after first passing two separate phases of testing, a personal interview, a psychological evaluation, a physical and a summer training regimen.

Once accepted into the track they're put into an integrated program that sees them complete their Bachelor's while also studying/training to be an agent. After graduating they're granted a conditional offer of appointment.  Pending a funded vacancy in the Bureau and a final assessment test they can then be employed.

There's a shorter track for college graduates. The Bureau likes to recruit advanced humans or normal people who've already had a lot of hands-on experience with advanced humans. Normal people have skill deficits that many advie recruits don't have to deal with. As such the HS graduate track was established in the '90s to try to funnel as many qualified prospective candidates as possible into a criminally understaffed agency.

Izzy is on her way to her dream job but it's gonna take a lot more hard work to do before she starts her new career.