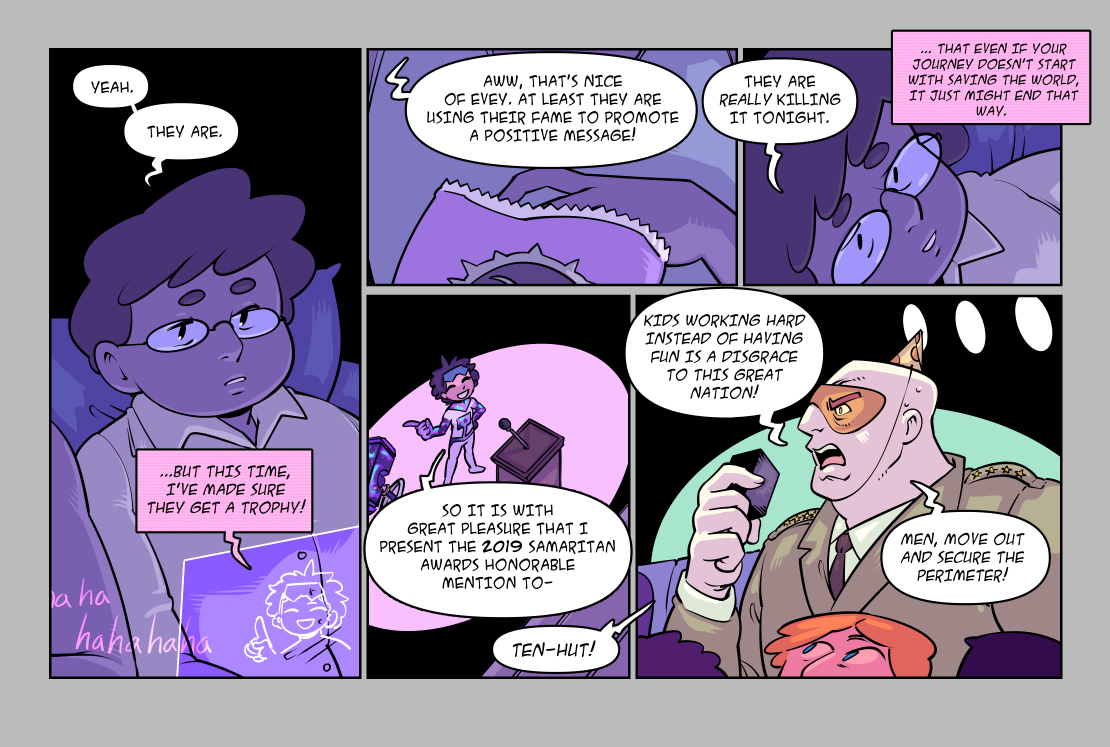 Almost every man in Leslie Shanagan's family had been in the military. So when he hit 18 he felt obligated to join up as well. Military life didn't much suit Leslie. He felt that the culture was too stifling and put too much emphasis on hard work. He thought there should be more room for R&R. More than that there should be more room for fun. He also thought that no minor should feel pressured into joining the military no matter what their circumstances.

But he came to realize that simply talking about such a thing wasn't enough. Nobody listened. No website, protest, or ad campaign was enough. He needed to fall back on his family heritage. He was going to wage war in the name of fun. If people weren't going to hear what he had to say he would simply force them to.

With his army of fundroids he's committed to the ideal of play. So people best shape up and start partying or face the consequences.