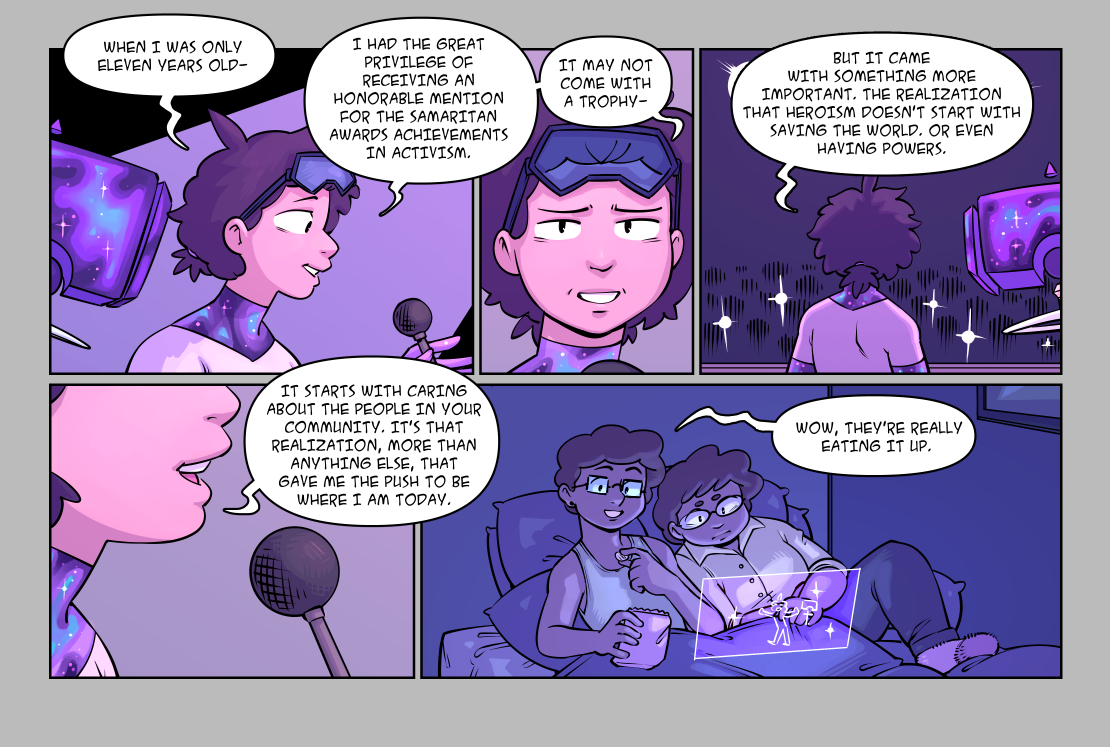 The last time we heard about the Samaritan Awards was all the way back in Chapter 5. The Samaritan Awards were established in the late 90s as a way to honor young people who are trying to make a difference in their community. It was thought that with an entire generation of kids coming of age in the era of superpowers it would generally be a good idea to build up institutions dedicated to inspiring them to do good things.

They're done on a regional level. Evey got their honorable mention in the 2012 Sammies for Northwest Ohio. Evey was committed to helping stamp out child hunger. Using their connections as the child of a celebrity chef and with the help of some very competent people, they put together a program that would reduce potential food waste and donating non-perishable and unspoiled food.

Since they didn't receive one of the more prestigious awards they were not eligible for a scholarship or a donation to a charity of their choice. As one can imagine, the competition was incredibly stiff.