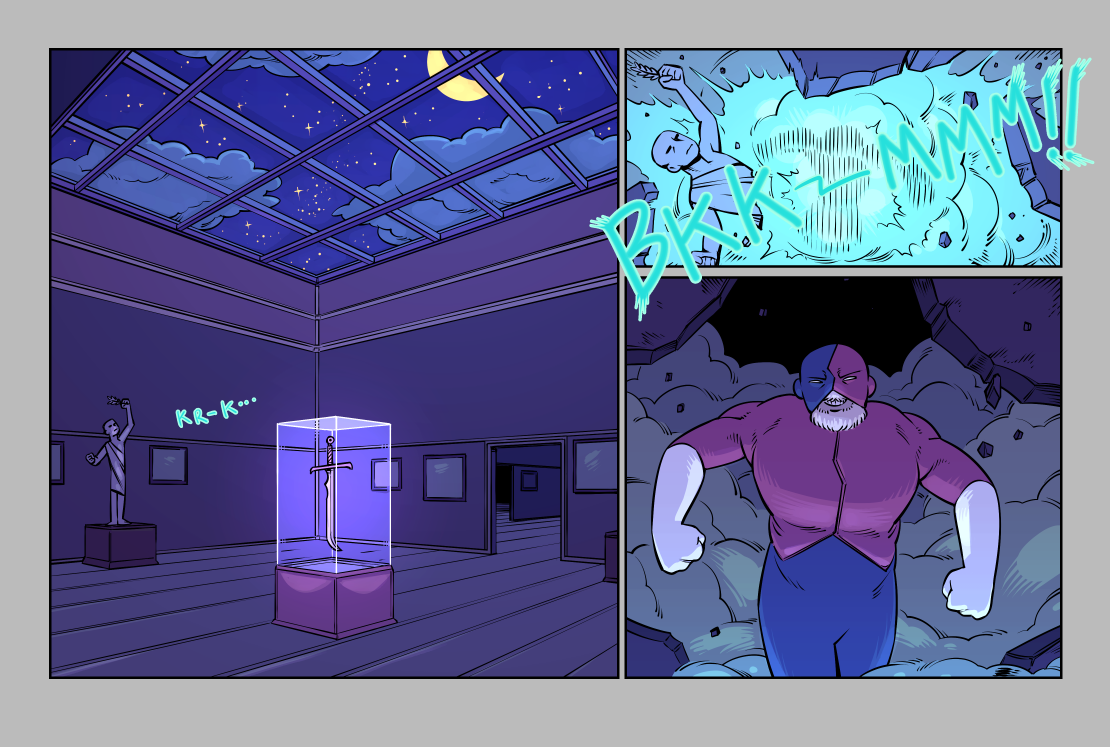 This is Dietrich Bosch. We've seen him once before Back in Chapter 5 of Book 1. And while it seems that he respects some museums more than others, there's a lot more to Dietrich than meets the eye.

Born in Berlin in the early 80s, Dietrich saw the advent of advanced humans as he came of age. As a boy he found himself entranced by the epic battles between American heroes and villains. He kept up with them any way he could. From the nightly news to specialty magazines like Superhelden Vierteljahresschrift.

As an adult he immigrated to the US to be part of the action. He found that due to a lack of powers he couldn't be a superhero but at least could be a cog in the machinery. This saw him being a henchman for multiple villains such as the Weaponer, Brutal Arthur and Sweet Teeth. He even fell in with the Atompunks for a spell.

Dietrich never meant much harm. He just wanted to be a part of something bigger. His cheerful manner often resulted in superheroes being a bit more lenient. His favorite superhero was Superion, who had developed something of a soft spot for the guy.

After Superion died, Dietrich decided it was high time he struck out on his own. And he wasn't going to let a lack of powers stand in his way. He underwent a dangerous experimental procedure that was meant to boost his strength and intelligence. As shown above, it definitely did wonders for his strength but what it's done for his intelligence remains to be seen. It was an experimental procedure after all.

I picked March 23 for their birthday well before I even knew it was Harry's birthday. It's pure coincidence. But the fact that Izzy shares my birthday was 100% intentional.