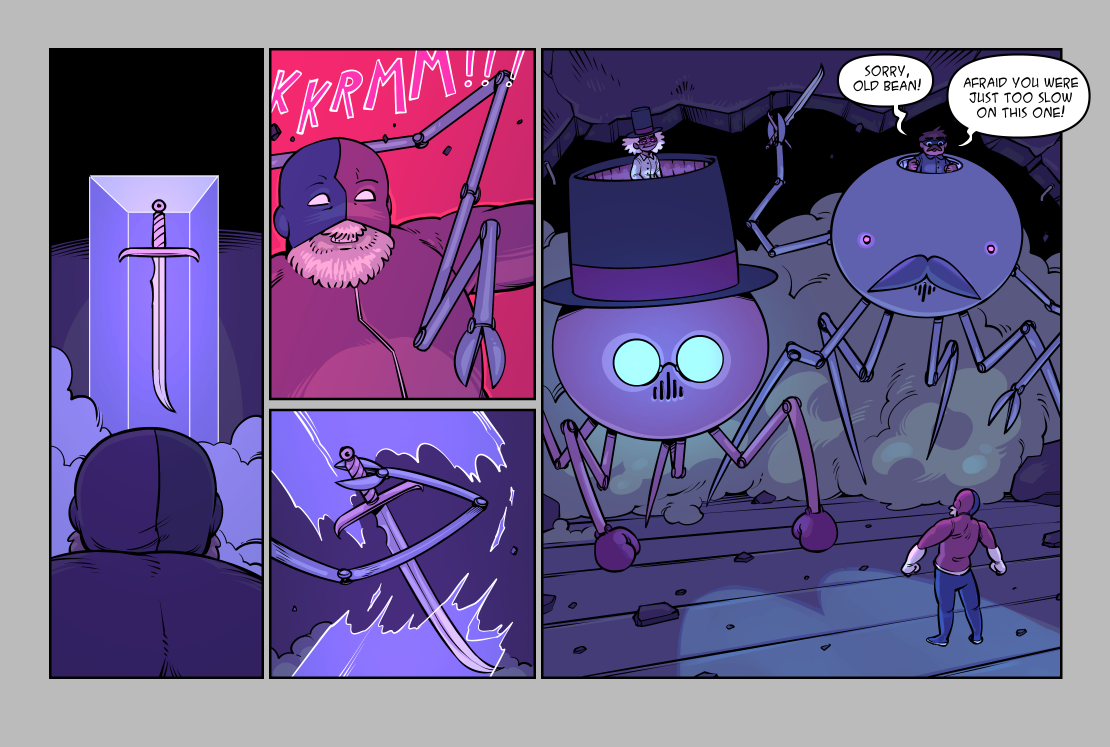 Introducing Bianca and Bartholomew Lass. These are characters I've been wanting to use for quite sometime. The Lass Twins are the heirs to a vast oil empire. With fossil fuels becoming a more obsolete resource, the Lass Twins found their wealth dwindling. They had foreseen themselves going from super rich to merely rich.

Not wanting to be idle in shrinking luxury, they decided to embark on a crusade to turn back the clock and bring about an age where fossil fuels reigned supreme once more. They took on the theme of gaslamp fantasy (they refuse to consider themselves steampunk) and devoted themselves to a mission that would undermine all modern progress. They used assets available to them in order to commission brilliant engineers to build them an appropriate arsenal keeping in the spirit of their endeavors.

This didn't sit particularly well with their father, who immediately cut them off and publicly disowned them. It turns out there is such a thing as bad publicity. Not to be deterred, the Lass Twins began to hire themselves out as muscle and thieves in order to raise capital to continue their mission and return to their rightful place in embrace of the Lass oil empire.

Now they'll steal anything for the highest bidder. Their services have become something of a commodity in the Lake Erie City underworld. Which brings us to tonight where they find that someone else is after the same prize they've been hired to take.