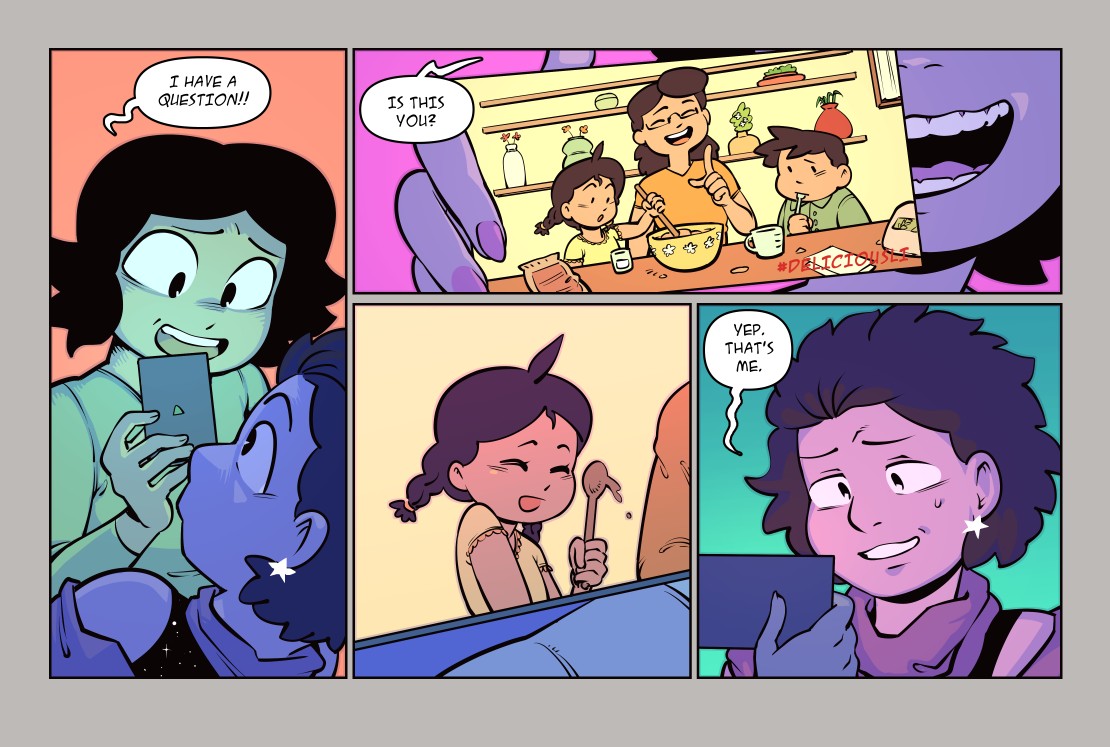 Evey's mom, Liz is a chef/restauranteur that came to national attention after starting a blog about how to make the meals served in her restaurant for cheap in your own home. A cookbook and numerous talk show appearances later, she had her own show, Deliciousli on FOODtv.

Liz often featured recipes she though could help foster a love of cooking in children. And she would have Evey and Stevie on to help out. Stevie most enjoyed making desserts. Evey was more into starchy foods. The segments continued until Stevie hit 13. But Evey would still appear before the time the show first ended in 2012.

Although the show has recently returned to the air, neither Evey and Stevie have come back on the program. Evey has mentioned potentially showing up in the future but just hasn't been able to make the time.