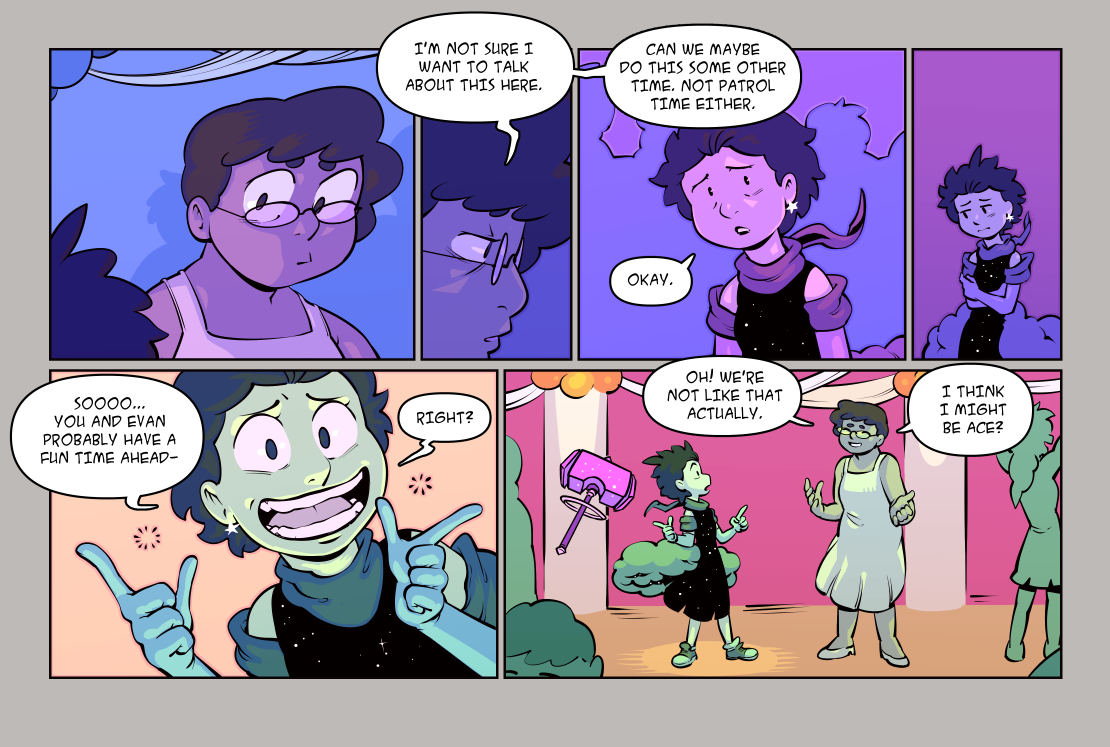 It's Izzy's birthday tomorrow! Born November 7th, 2000, she'd be 20 today if this comic updated in real-time. So far she's the only character in the comic who's been depicted on their birthday.

You may remember that she doesn't actually celebrate it. However, I do because it's also my birthday. I'll be 34.

At some point later in the comic the exact reasons she doesn't celebrate her birthday will be revealed. And it's probably not what you think. Though it might be exactly what you think. I'm not a mind reader.