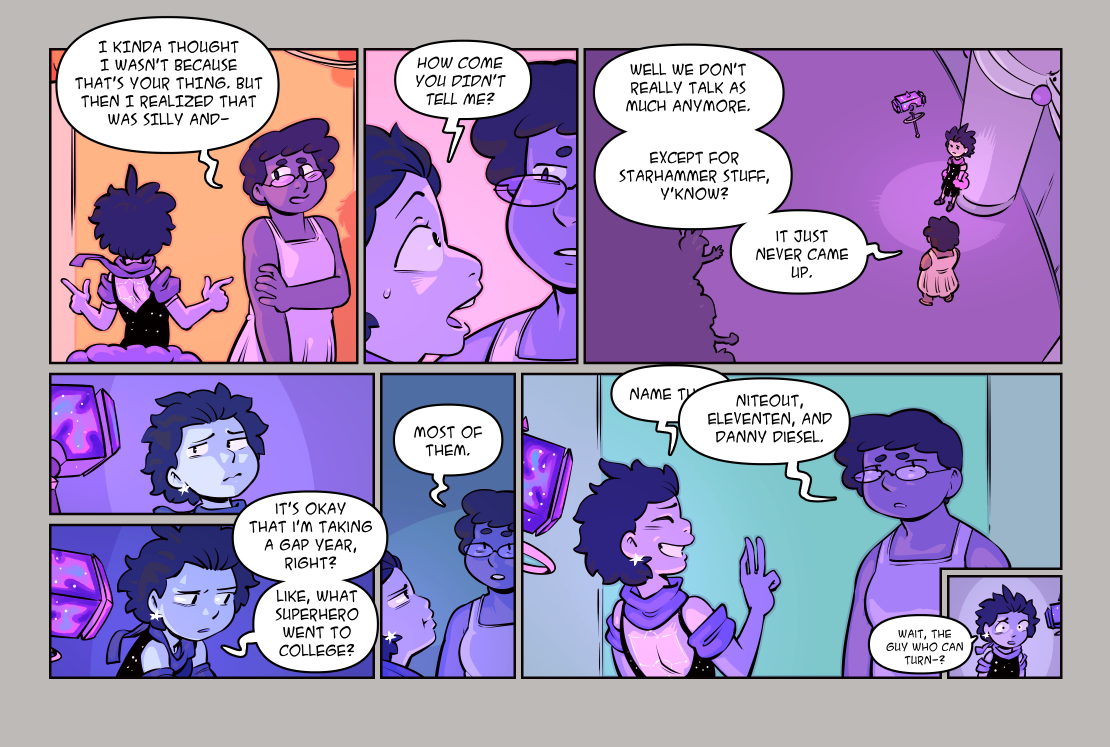 Izzy had never realized that attraction can be divorced from sex. So for awhile she thought she was bisexual. She's actually biromantic asexual. It's a relatively recent discovery. Or rather it's only recently that she's accepted this aspect about herself. Prior to this it would be fair to say that romantic relations left Izzy both unsatisfied and rather confused. She felt something was off but couldn't say what. She didn't really register how much certain parts of Evey's descriptions of asexuality resonated with her. After all what were the chances that she'd be ace too?

That being said, she doesn't regret past relationships*. However, she does worry that she actually may have a habit of falling for people with powers. That's something that will require even deeper introspection. And she kinda has enough on her plate at the moment.

She's mostly happy that she's finally found something that fits.

*relationships is a bit of an exaggeration. Izzy's only been in one other long term relationship. It's mostly a handful of dates and this one 2-month thing in 8th grade.