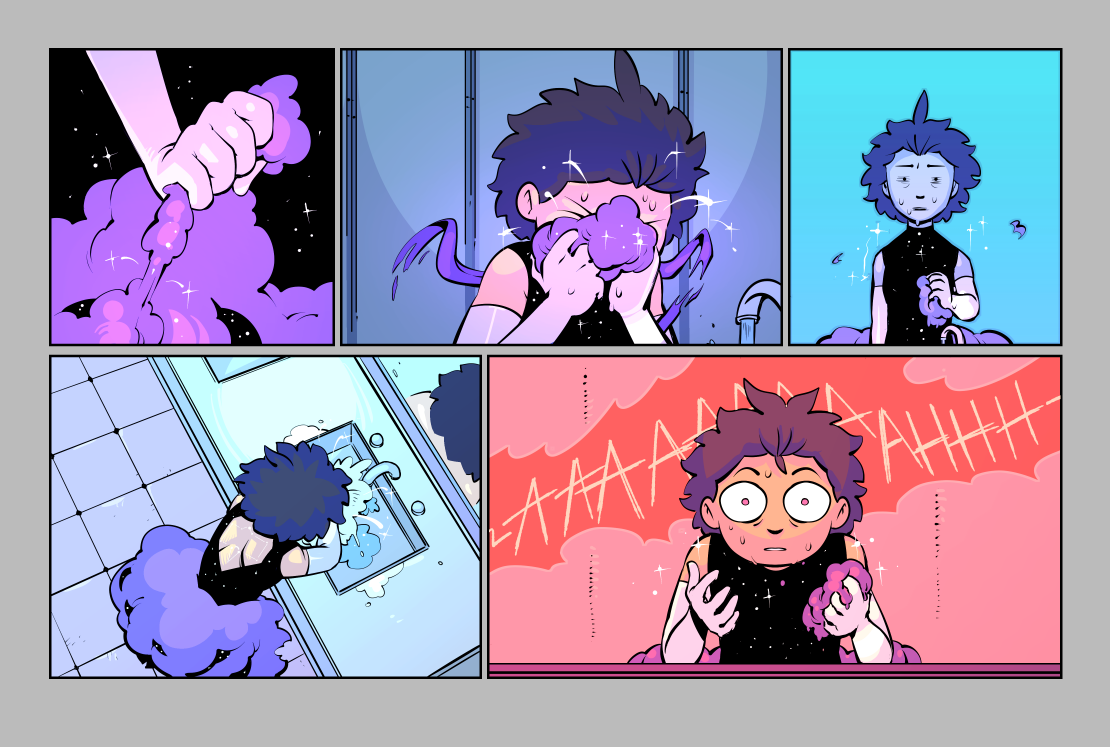 Evey has become accustomed to things coming up when they're in the middle of going about their business. Initially they found it super annoying but they've since learned to roll with it. Of course they don't have to respond to any incidents themself. It's just something they do anyway. It's gotten them out of awkward spots these past couple of months. Talks with their parents about plans for the future fall to the wayside when Molly Mammoth or Smash & Grab are at large.

That being said this habit has also cut into things they actually want to do. It never ends either. Because it's always something.

I ended up making a turducken and 5-cheese mac and cheese for Thanksgiving. I think I should've bought a larger turducken. I only bought the roll and me and my roommates tore through it in a single night. There was more than enough mac and cheese though.

Thanksgiving dinner was eaten in front of the television watching The Masked Singer and Jeopardy. It was a pretty good night all around.