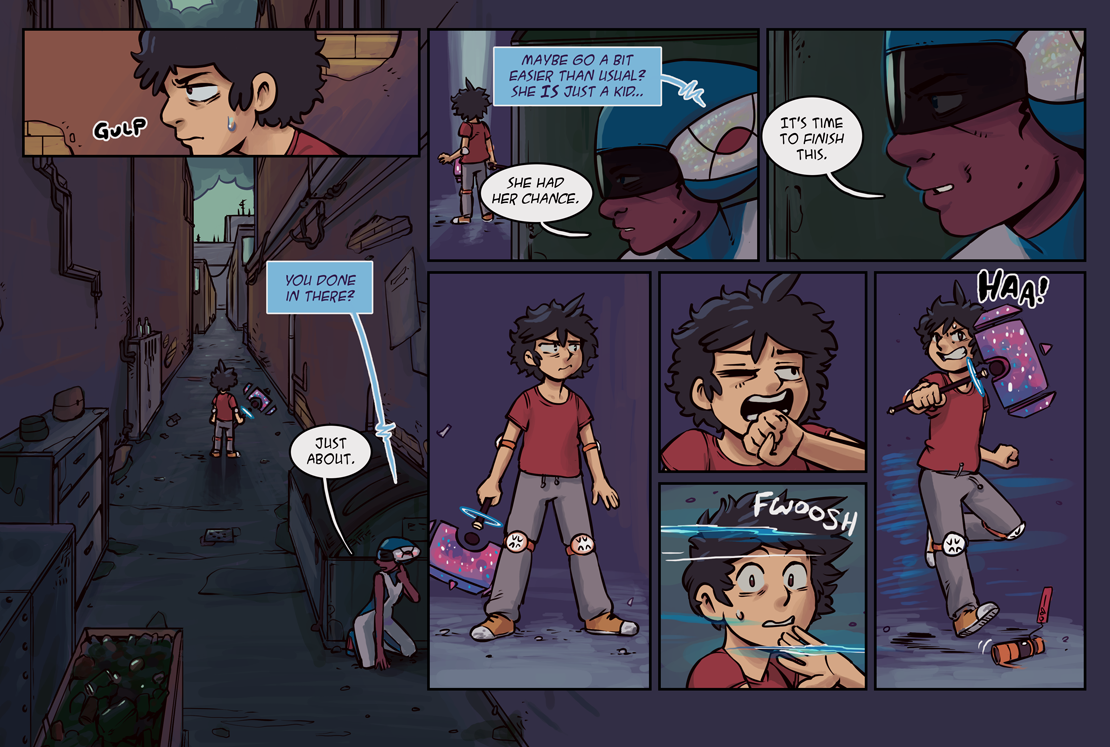 Today's my birthday! I'm turning 30! I'm not really ready for a brand new decade. I feel kinda old even. But people assure me that I'm not old at all.

It's also Izzy's birthday. She'd be turning 16 today if she were real. That's also her current age in the comic (though she's closer to 17 than 16).

It's actually a goofy conicidence that major characters' birthdays align with the creators (Evey and Harry also share the same birthday). It wasn't an intentional thing. They were sorta picked at random before anyone knew anyone else's birthday and this is how things shook out.

But that's not the most important thing today!

What y'all really want to know is who won the fanart contest!

Without further ado here are the winners! Now we want everyone to know just how hard it was to pick the winners. It was actually super duper tough. Some people missed out on placing by a matter of decimal points. It was a painful and agonizing decision because all of you did such great work. The love and the effort were clearly on display and we couldn't ask for better entries and definitely not better fans. Thank you so much for what you've done. This comic wouldn't exist without you all.

Remember that everyone will be getting an exclusive PDF with behind-the-scenes and never-before-seen artwork and writing. That'll get to you before Thanksgiving.

We'll also be sending emails to all of you to claim your prizes. So be on the lookout!

We're so happy to have you as readers. Here's to another great year of StarHammer!