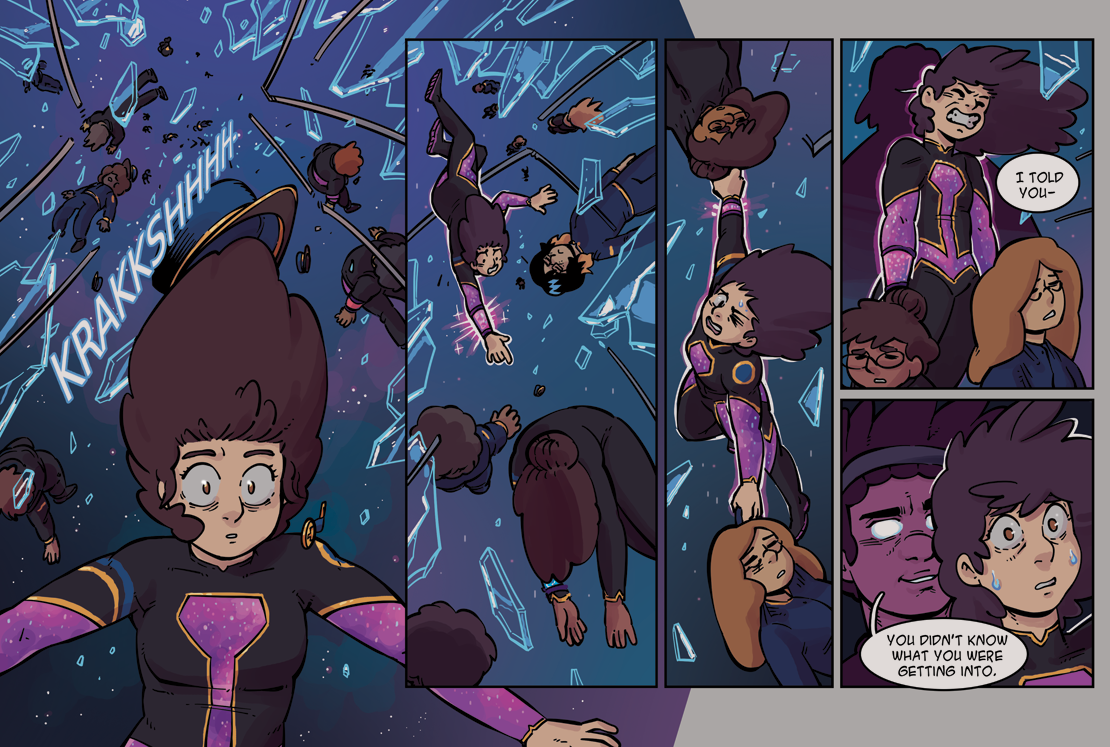 The New Comic Book Day show went really really well. Hoping to get ahold of the audio so you guys can listen in.

I really want StarHammer to have an honest to goodness theme song. I realized that there really isn't a ton of superhero theme songs. Well, not as many as one would think at least.

Someone suggested that the song should sound sonically similar to the Little Mix song "Power" and "The W.A.N.D" by the Flaming Lips. I think I'm inclined to agree. I'm not really sure how people go about getting songs made for their comics though. And I wonder if it would be too lame to.

I hope you all enjoy today's page!