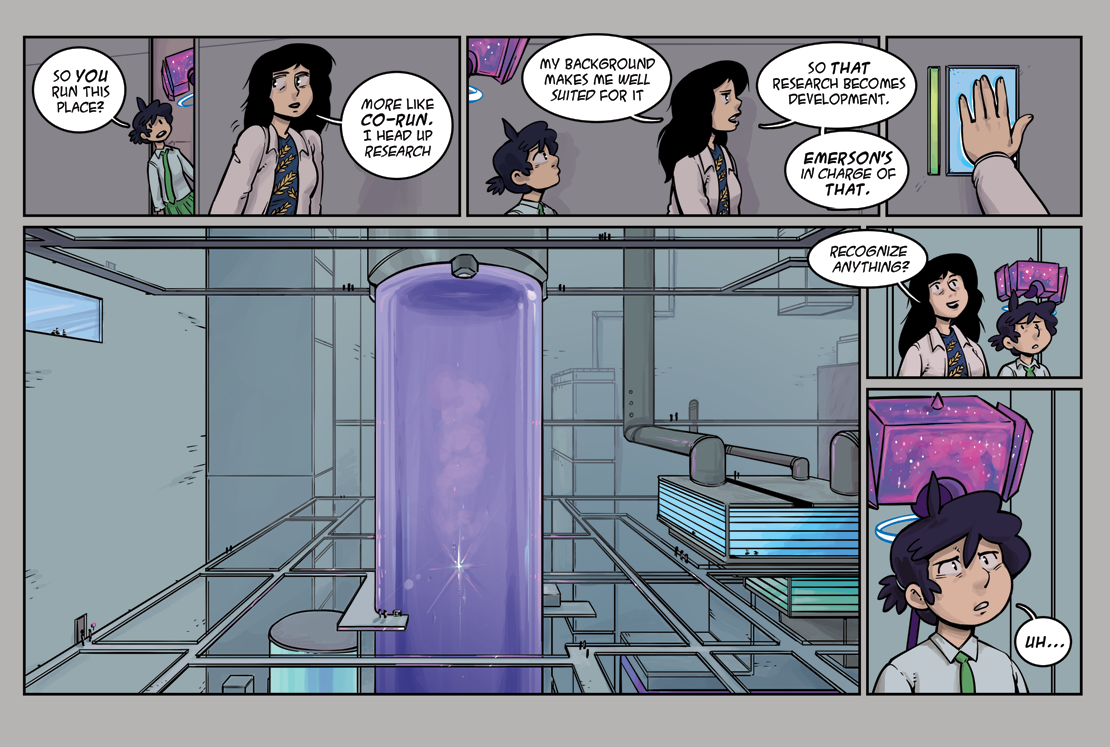 Tonight at 12AM EDT StarHammer will officially be 2 years old. The first page went up on October 15th, 2015.

Starting as the result of a concept by myself and Lauren Liedtka we thought up for a Tumblr ask meme in 2011, StarHammer had quite a journey ahead before it finally making it your screens 2 years ago.

I'd like to thank all the people who've helped it get to where it is today.

Tessa Kleiner - Colorist, letterer, and working behind the scenes on StarHammer from the very beginning

And last but not least, JoJo and Isa. They took a chance on this comic back in January 2015 and now almost 3 years later, we're deep into a world that couldn't exist without them.

Oh! Let's not forget YOU! There's no comic at all without the readers! You help make this happen!

We hope you enjoy today's page!