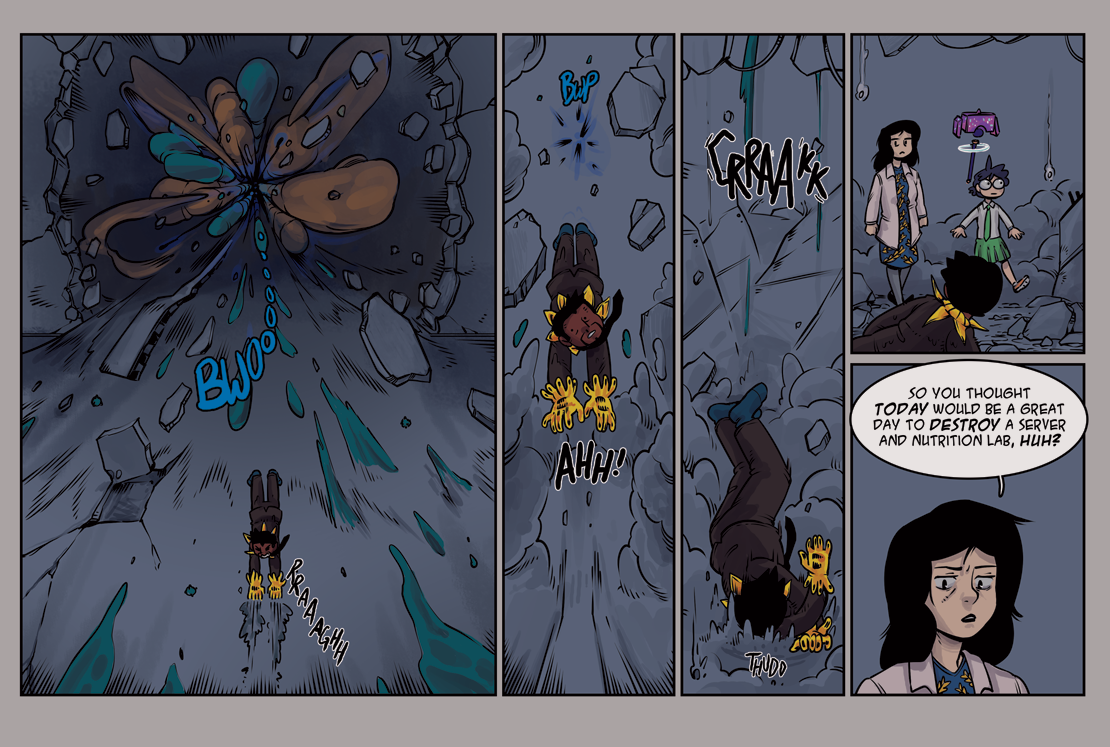 Being a gadgeteer and tech whiz with no actual schooling or enigineering background means that Emerson has fiddled with stuff in the past only to have them blow up in his face. Or suck themselves inside of themselves in front of his face. While Emerson does style himself to be an educated futurist he's actually got a secret: he can talk to machines.

Emerson is one of the rare advies who didn't have powers from birth but rather contracted them in his pre-adolescent years. After encountering a probe from space that was buried in his yard Emerson acquired the ability to communicate with various levels of technology.

Such an ability allows him a level of insight that most people simply don't have. He's able to build advanced tech from scratch not unlike some sort of magical prodigy. But the thing is that he doesn't know what or how it's going work because it's not magic. Like everyone else, it takes work to learn how to properly communicate with others.

Over the years, Emerson has been able to devise safety protocols to his trial & error method of tinkering. So far he's been able to keep from anyone being killed by anything he does. But the somewhat haphazard ways his ideas come to life means that some of what would be his greatest innovations are one-offs.

ZARI is a one of a kind device. An intelligent prototype AI that's only that intelligent due to Emerson's ability to talk to them directly in a way that they'll understand without any misunderstanding. Most other AIs in this world are still kinda dumb except for extremely specific things that aren't quite applicable to anything most people would ever care about.

Emerson's more consumer-forward innovations have allowed him to amass a sizable fortune. And his technopathy makes him a valuable part of a team that's still trying to piece together the remnants of alien tech. Not to mention his stint as a superhero turned philanthropist makes him recognizable enough to be just the sort of person who looks good being named the head of that kind of team.

Though this does mean that Sybil deals with more property loss than she'd want.