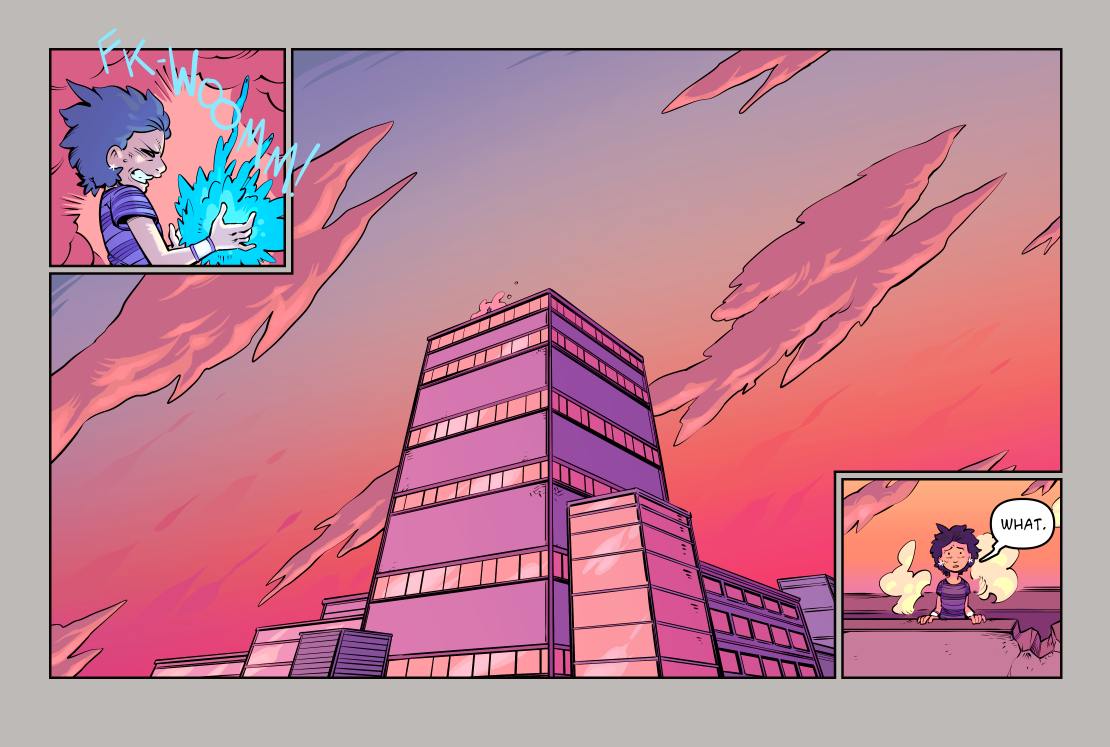 This is, without a doubt, the weirdest thing that Evey has ever seen. And Evey's witnessed some pretty strange things. The top of that list used to be the Musical Plague, the thought epidemic that had the entire city breaking out into song and dance for 3 weeks. It's a troubling thing for anyone to deal with at that age but being immune made it worse. Imagine every waking moment of a person's life is accompanied by song and/or dance no matter the activity or how much the they clearly wanted to stop. They felt compelled to continue. And this went on for 21 days.

Second would have to be that time Evey's guidance counselor turned into a giant bio-organic robot.

Third is probably the time Darryl did his Visible Man routine. Being able to control how light interacts with his cells, Darryl had this bit where he would make himself transparent so you could see his inner workings. He would then become opaque again in a series of layers. So first, internal organs, then circulatory system, then skeleton, and on and on from there.

Fourth might be the villain who could become an apple. Denise Bennett aka the Vistula Village Bandit would mug people, run just out of sight and hide disguised as an apple. Evey only caught her because she pulled that trick and almost got eaten and immediately turned back.

I'm excited for Chapter 3. I'll finally get to show you Evey's back tattoo. Which is totally a real thing and not a joke. You'll see.